Zimbabwe to deal with the issue of child marriages before... 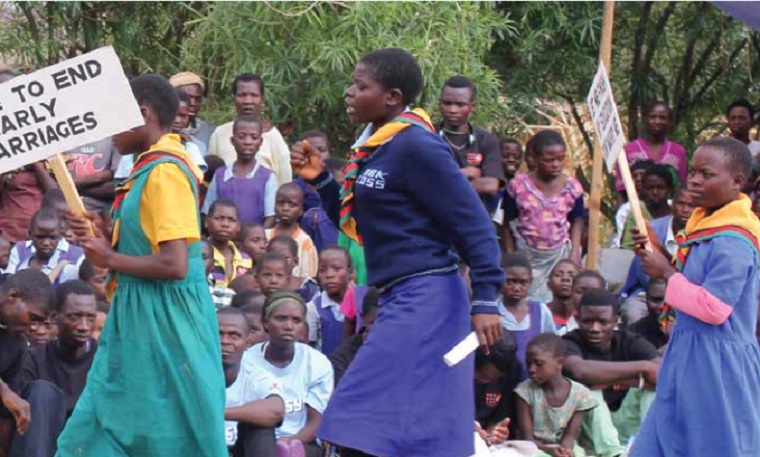 Zimbabwe Justice Minister Ziyambi Ziyambi has promised to finalise the Marriages Bill which outlaws child marriages by the end of the current session of Parliament which according to the sitting calendar ends on 23 September.

Child marriages, though rampant in Zimbabwe, were brought to the fore following the death during childbirth of 15-year-old Anna Machaya last month.

The Marriage Bill has been stalled in the Senate where chiefs are objecting to the abolition of lobola.

Ziyambi was asked to explain what the government was doing about child marriages in view of discrepancies in the country’s laws.

The constitution backed by the country’s highest court have outlawed the marriage of anyone below 18, however, the legal age of consent for sex is 16.

Ziyambi said the government was working on the issuer but when pressed to give a timeline he said: “Mr. Speaker, before the end of this session we must be done with the Marriages Bill.”

The third session of the 9th Parliament started in October last year and ends next month.

Below is the full question and answer session in Parliament yesterday:

HON. GONESE: My question is directed to the Hon. Minister of Justice, Legal and Parliamentary Affairs. Can the Hon. Minister please tell the nation whether the Government has got a position or any plans to deal with the mismatch between the age of consent to marry in terms of Section 78 of the Constitution which is eighteen and the age of consent to sexual intercourse in terms of the Criminal Law Codification and Reform Act which is actually sixteen. This is now causing a problem as a result of which girls between the ages of 16 and 18 can indulge in sexual intercourse, but if they fall pregnant, they cannot get married. Can the Hon. Minister please clarify to the nation what is the Government’s position in regard to that incongruous situation?

THE MINISTER OF JUSTICE, LEGAL AND PARLIAMENTARY AFFAIRS (HON. ZIYAMBI): I want to thank Hon. Gonese for the question, which question is very important. If you look at our Criminal Code in terms of sexual offences, the way that they were drafted is out of date and very complicated. I have initiated a review of our Code with a view of streamlining the sexual offenses. So, it is work in progress and I have engaged some professors within the Faculties of Law and other renowned lawyers to look at it so that we can  bring an amended Bill to the Code. I thank you.