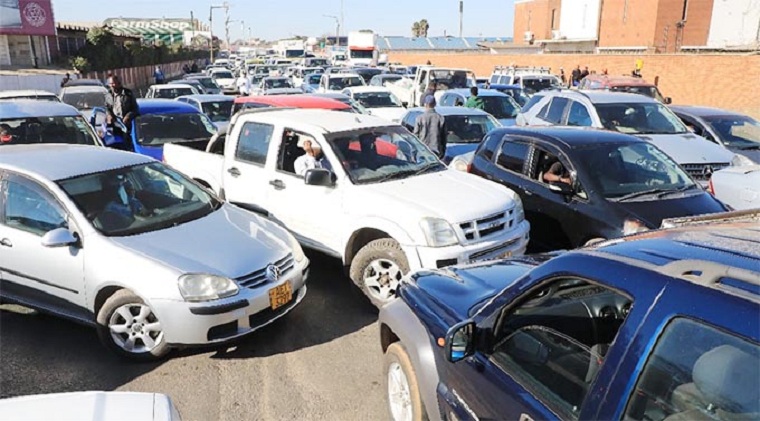 Zimbabwean troops and police today tightened the coronavirus lockdown in the capital Harare, blocking many cars and buses from entering the central business district as cases of infections increased.

But the main opposition Movement for Democratic Change (MDC) said President Emmerson Mnangagwa’s government was trying to suppress protests over a worsening economy and to stop MDC supporters from gathering at the courts where the lawyer for its leader was due to appear after being arrested yesterday.

Coronavirus infections have more than tripled to 203 in the last few days.

Harare accounts for 96 of the cases with 80 still active. Two of the four deaths so far were also in he capital.
Mnangagwa had eased the lockdown since it was first imposed at the end of March.

Today, however, police and soldiers turned away many commuters and cars, including those with work letters, at check points leading into town except critical staff like health workers as well as state employees, witnesses said.

“The ZRP urges members of the public to observe that the country is still under level two National lockdown in order to manage the COVID-19 pandemic. Only essential services, businesses in the formal commercial and industrial sectors were exempted to operate during this period,” police said.

“The rest of the public should stay at home in order for the nation to curtail the increase in new COVID-19 cases being recorded. Please note that it is not everyone who should be in the CBD. Let us all be security and health conscious in view of the increase of COVID-19 cases.”

A witness saw a group of soldiers and police in downtown Harare ordering people to leave the city centre and shops to close.

By lunchtime businesses in downtown had shut, but in another part of town, where government offices are located, some businesses, including supermarkets and banks, were open.

The state-owned Herald newspaper, which reflects government thinking, published pictures on its website of people walking back home on foot.

There were no similar reports from other cities.

The MDC has accused the government of using curbs on movements to persecute its members and sees a political motive behind yesterday’s intensifications of the lockdown.

“So if this is about Covid-19 why is it only happening in Harare? This appears to be more about politics than medicine or health,” MDC treasurer David Coltart wrote on Twitter. – Reuters/Own