Zimbabwe –South Africa relations to focus on trade and economics 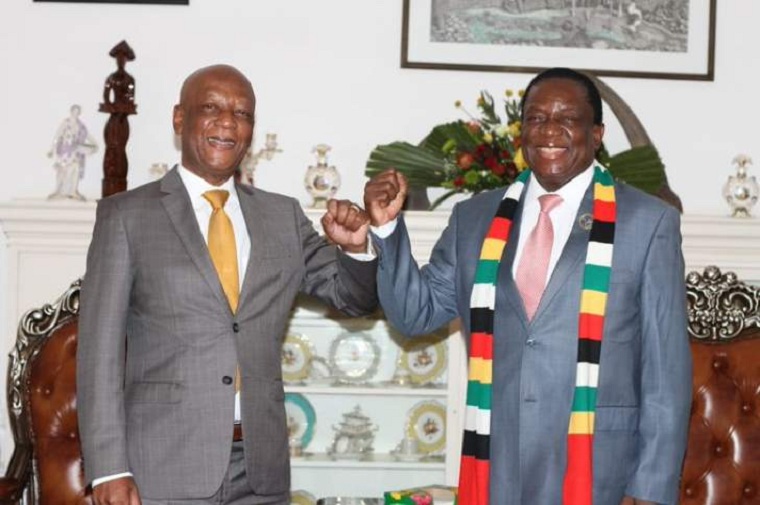 The African National Congress’s September flight to Zimbabwe might have caused consternation on the southern side of the border, but was beneficial to both countries.

This is according to outgoing South African ambassador to Zimbabwe Mphakama Mbete, who is winding up his time in Harare with “hope for the future” of the countries’ bilateral relations.

Mbete, who arrived in Zimbabwe in 2016, bade farewell to Zimbabwe’s President, Emmerson Mnangagwa, at State House on Monday.

He told journalists the important part of his mission was to strengthen economic ties between the neighbours.

Part of this mission, he said, was his involvement in meetings between the ruling parties of both nations.

These included the controversial one-day September meeting which left the ANC with a R105 000 bill because its delegation hitched a ride on a South African government jet with Defence Minister Nosiviwe Mapisa-Nqakula.

As South Africa’s ruling party dispatched a team to Harare on a fact-finding mission, Mbete was part of some exchanges with its members.

He told journalists that the engagements between the ANC and Zimbabwe’s ruling ZANU-PF led to agreement that trade and economic relations between the countries should take centre stage.

There have been a few investors that came from South Africa during my period here. I have a lot of hope for the future.

During his tenure as ambassador, Mbete witnessed diplomatic strains between SA and Zimbabwe because of human rights violations and a crackdown on the opposition at the hands of the Zimbabwean government. Mbete said each country had its fair share of political dynamics.

South Africa is Zimbabwe’s most important trading partner, with the latter importing 40% of its goods from the former and exporting 75% of its products to South Africa.

But because of Zimbabwe’s economic and political issues, South Africa maintains a trade surplus with its neighbour.

According to the UN’s International Trade Centre, in 2016 SA’s exports to Zimbabwe were worth US$2bn (about R30bn), while imports were a mere US$388m (about R5.8bn). That figure has since risen in favour of South Africa.

Mbete said: “The intensification by my mission on the area of economic relations involved engaging South African companies working in Zimbabwe, engaging economic organisations in Zimbabwe, to try [to] understand the key priorities that will be there between the two countries. I think there has been a lot of progress in that. There have been a few investors that came from South Africa during my period here. I have a lot of hope for the future.”

On the investors’ front, the most high-profile South African to arrive in Harare during Mbete’s tenure was Robert Gumede, of the Guma Group, in January 2018. He intended to invest US$1.2bn (about R18bn) in tourism, information technology and infrastructure because he believed the “good times were back in Zimbabwe”. However, nothing has come out of it.- Timeslive