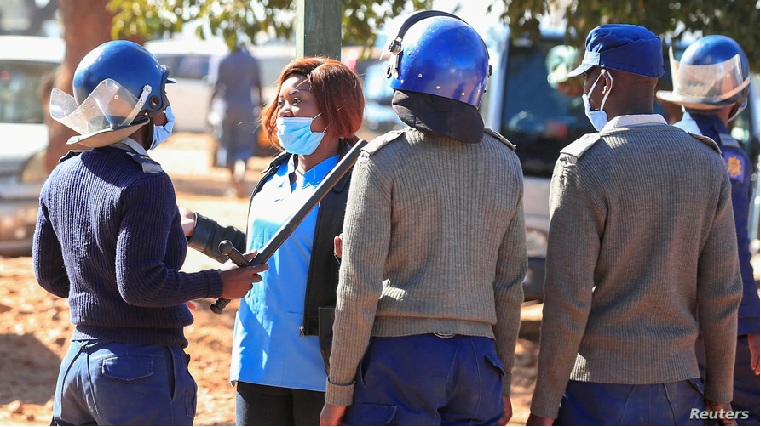 Zimbabwe today recorded 564 new coronavirus cases, 299 of them in Harare alone, raising the number of cases for this month alone to 1 962. The cumulative figure is now 15 829.

There were four deaths bringing the death toll up to 384. Twenty-one people have died so far this month.

Zimbabwe announced a 30-day stricter lockdown on Saturday and police have warned that from tomorrow they will be arresting anyone found without a mask or not keeping to social distancing.

Only those employed in essential service sectors will be allowed to travel but they need exemption letters from the Ministry of Industry and Commerce.

People are still allowed to go and buy food and medicines.

The police are so serious that they arrested a bus driver and his conductor for not testing and sanitising their passengers.

Four senior police officers were also suspended over the way they handled a music bash in Mbare on 31 December.

Coronavirus continues to ravage the globe with cases now at 85.9 million. The United States alone has 21.2 million cases and 360 790 deaths.

Some 1.86 million people have died, 60.7 million have recovered but there are still 23.3 million active cases.