Zimbabwe produces record wheat crop. How did it do it? 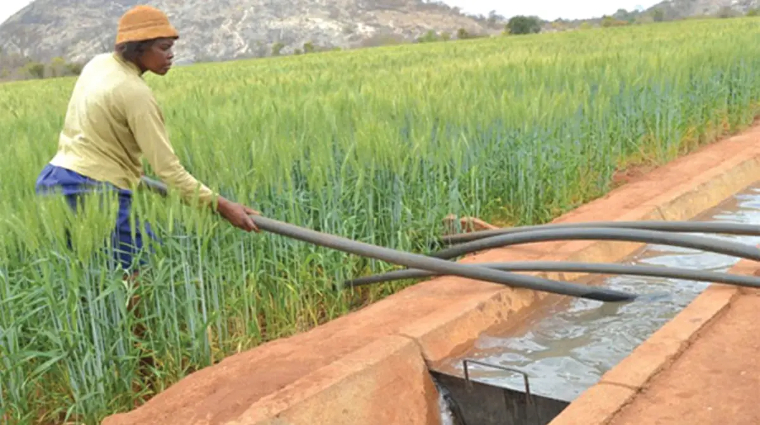 Zimbabwe says it has produced its largest ever wheat crop, as more farmers grew the grain and government expanded irrigation.

Wheat farmers have delivered 326 687 tonnes to the Grain Marketing Board (GMB), against a season target of 380 000 tonnes, data shows.

“As of November 25, wheat delivered to GMB depots stood at 326 687 tonnes, almost 89% (of the target). Harvesting is still going on but our farmers are facing challenges to deliver the grain to GMB due to transport logistics, challenges of high moisture content due to the rains and late payments of initial deliveries,” says Agricultural Advisory and Rural Development Services chief director Obert Jiri.

This is the most wheat that Zimbabwe has ever grown since the crop was introduced to the country in 1962. It beats the previous record of 325 000 tonnes in 1990.

Zimbabwe plans to further grow output to 420 000 tons next season.

Land under wheat increased from 60 000 hectares last year to 80 885 hectares this year, as the government convinced smaller growers to take on a crop that for years was the preserve of commercial farmers.

“It is my first-time growing wheat,” farmer George Ngwarwi said. “We have been growing other horticulture products and maize, but because of the shortage (of wheat) and the conflict in Ukraine, the government decided that as Zimbabweans we should grow our own wheat.”

“A lot of countries discount small-scale farmers because they are so small that individually they cannot effect much change,” Haritatos says. “But we organised them into clusters and convinced them that it was possible. The quality of most of their crops is premium.”

Zimbabwe’s budget allocations into irrigation infrastructure over the past two years are at their highest in years.