Zimbabwe now requires details of anyone who attends funeral to... 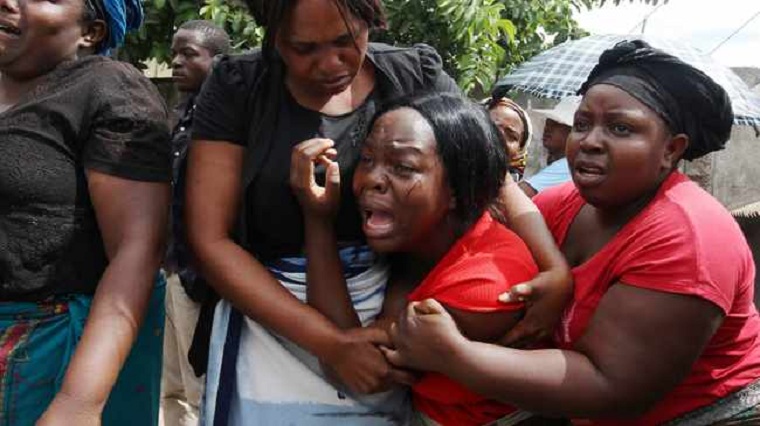 Zimbabwe now requires details of anyone who attends a funeral including full name, address, age, sex and phone in its quest to curb the spread of coronavirus.

Zimbabwe was forced to impose a strict 30-day Level 4 lockdown this month but has extended it by two weeks to 15 February.

According to the Sunday News, the government has banned the holding of night vigils at funerals.

It says a circular to provincial health directors and city health directors by the acting permanent secretary in the Ministry of Health Robert Mudyiradima says all funerals must now be supervised to reduce the risks of spreading the coronavirus pandemic.

“All funerals should be supervised during the Covid-19 pandemic to minimise the spread of Covid-19 in our communities. Gatherings should not be more that 30 people, people should not gather during the night,” the circular says.

“Handshaking and hugging should not be done, the funeral should be done in the shortest time possible and they should list full names, addresses, age, sex, phone details of people attending the funerals.”

The current wave of coronavirus has claimed lives of several high profile people including four govern ministers, two top doctors and some legislators, prompting President Emmerson Mnangagwa to call on the people to unite against the pandemic.

“COVID19 is indiscriminate. It doesn’t matter if you’re a CEO, cashier or cabinet minister – we are all potential victims.  Zimbabweans, the time for national unity is now,” Mnangagwa said.

His deputy, Constantino Chiwenga, who is acting President and Minister of Health, said the lockdown was being extended because though figures were declining, the war had not been won yet.

“Any death is one death too many. Still, we need to stay the course by upping our vigilance. The war is not yet won,” he said.