Zimbabwe lobbies for regional support ahead of CITES conference 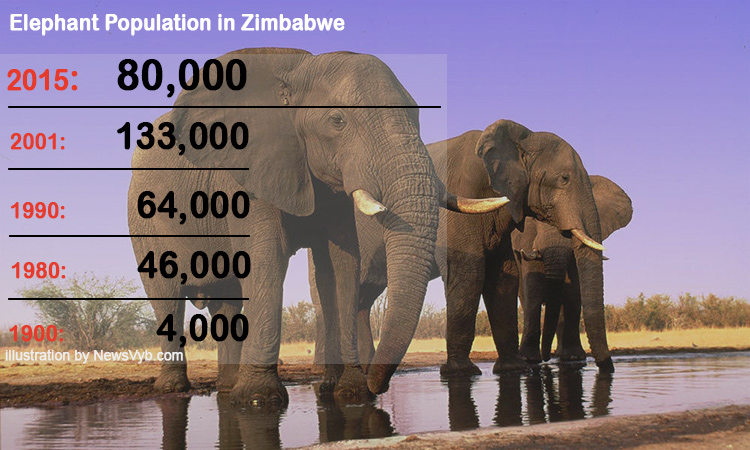 Zimbabwe will lobby African countries to support its call to allow for the trade in elephant ivory ahead of this year’s Convention of International Trade in Endangered Species (CITES) conference, an official has said.

Water, Environment and Climate Minister Oppah Muchinguri told a meeting attended by SADC ambassadors that controlled trade of ivory would create economic opportunities and allow for sustainable utilisation and conservation.

Established in 1973, CITES is generally regarded as the most important legislation regulating trade in endangered or vulnerable species, with Zimbabwe ratifying the treaty in 1981.

The 17th meeting of the Conference of the Parties to CITES (CoP17) will take place in Johannesburg, South Africa from 24 September to 5 October this year.

“Zimbabwe will continue to lobby other member states to adopt and defend the principles of sustainable wildlife utilisation for socio-economic development. It is my hope that SADC countries will speak with one voice at COP17. It is imperative for our regional economy that SADC countries unite in defending our right to sustainably use our natural resources,” said Muchinguri.

CITES maintains three levels of control. Appendix I, the most stringent, includes species that are in immediate danger of extinction. CITES generally prohibits international trade of these species.

Appendix II lists species that are likely to become in danger of extinction without strict protection from international trade. Permits may be obtained for the trade of Appendix II species only if trade will not harm the survival prospects of the species in the wild.

Appendix III includes species identified by individual countries as being subject to conservation regulations within its borders.

In 1997, CITES transferred the African elephant populations of Botswana, Namibia and Zimbabwe to CITES Appendix II with an “annotation” that did not allow regular international ivory trade for commercial purposes.

However, after giving in to pressure from Botswana, Namibia and Zimbabwe, CITES agreed to allow a “one-time, experimental” export of 49 metric tons of government-stockpiled ivory to Japan in 1999.

In 2008, CITES increased the amount of government-stockpiled ivory that could be exported to 108 metric tons, and included Zimbabwe among the African countries that could take part in the export destined for Japan and China. The group agreed not to approve additional ivory trade for nine-years.