A total of 507 bids were accepted with 223 in the Small and Medium Enterprises sector and 284 in the main sector.

Zimbabwe has held 11 auctions so far this year and a total of US$389milion has been disbursed.

The central bank has, however, complained that some companies that are obtaining foreign currency at the auction are charging customers at the black market rate which is anything between $100 and $120.

Reserve Bank of Zimbabwe governor John Mangudya said that though the central bank was aware of this there was nothing it could do to the culprits because there was no law to penalize the offenders.

If had drafted regulations which If approved, would enable the central to fine the offenders in United States dollars and suspended them from participating in the auction market. 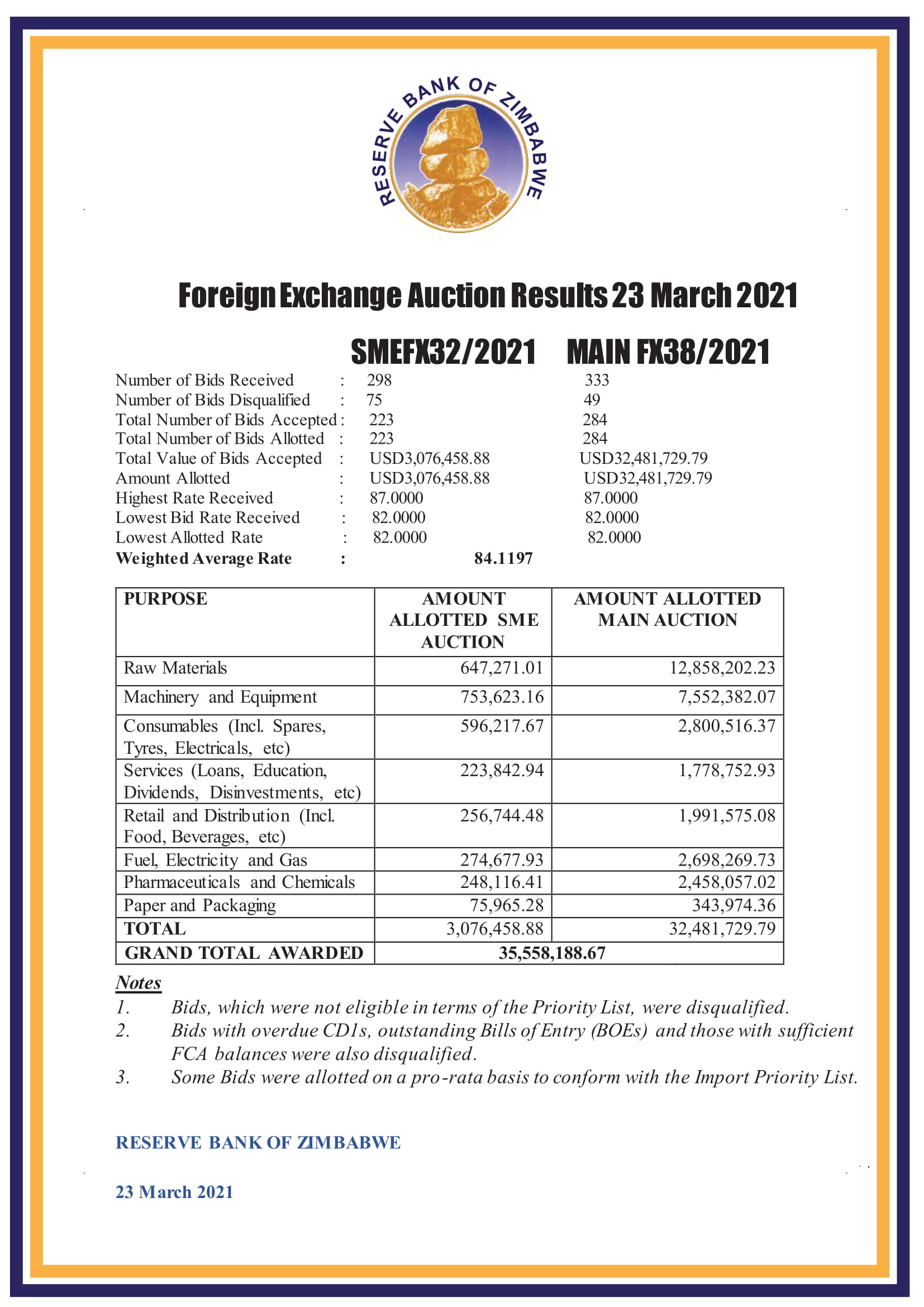