The Zimbabwe dollar today remained steady against the United States dollar averaging 84.3970 against last week’s 84.4001 as the country readies for its tobacco auction which begins tomorrow.

Only $25.3 million was allotted to 334 bids, the lowest amount disbursed so far this year, probably because of the Easter Holiday which ended yesterday.

All the bids allotted at the 13 auctions held so far this year have been above US$30 million except the one on 26 January when US$28 million was allotted.

The tobacco marketing season begins tomorrow and farmers have expressed optimism that prices should be higher this year because they had a good crop.

The local currency has usually firmed during the tobacco marketing period as tobacco is one of the country’s leading foreign currency earners. 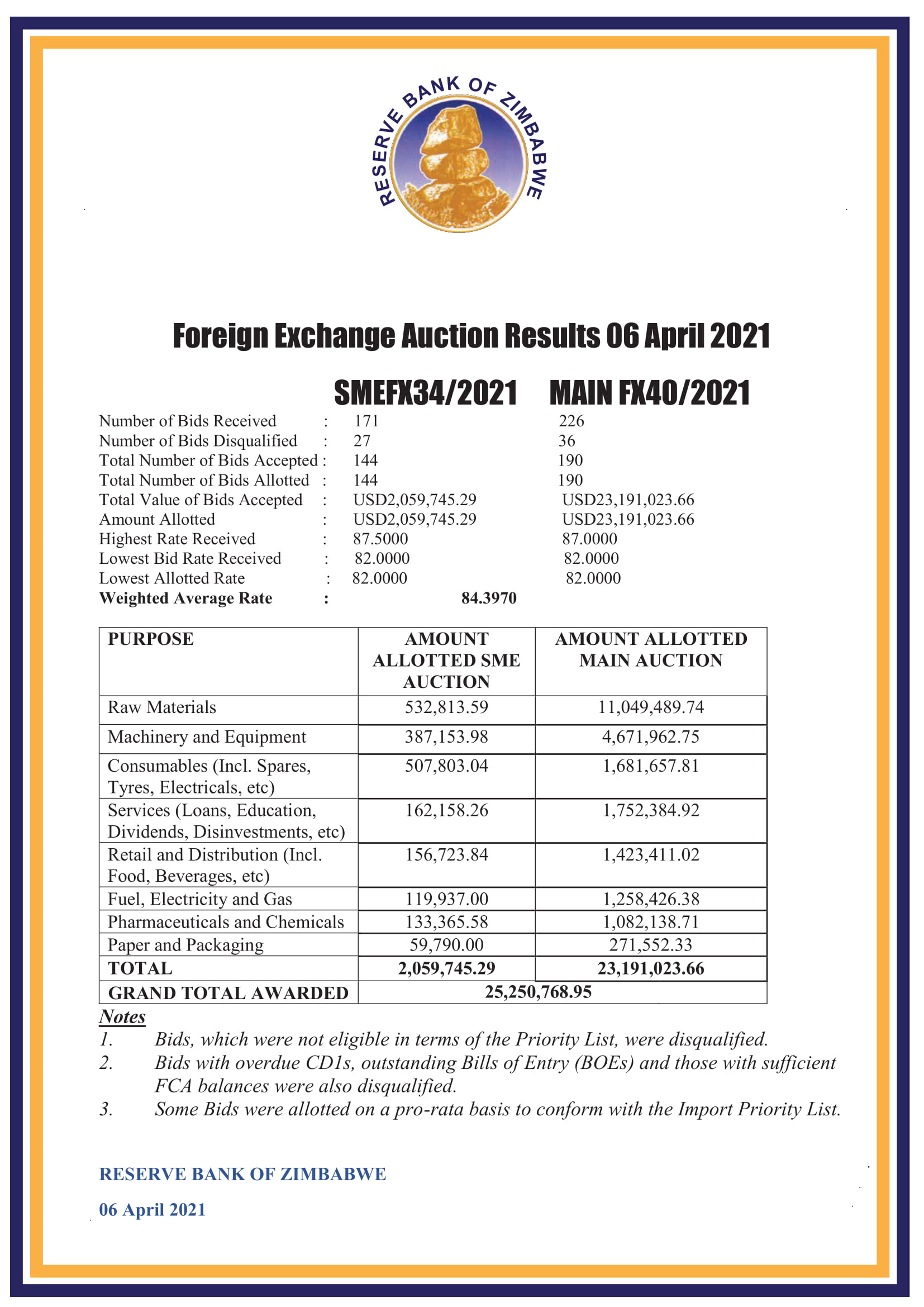