A total ofUS$35.3 million was allotted today to 527 bids which were all met in full.

The central bank also today released a list of the 100 top beneficiaries of the foreign currency auction system since it began on 23 June last year.

The central bank said the list was being released to show transparency.

Reserve Bank of Zimbabwe governor John Mangudya, however, warned that some banks were breaching the foreign exchange rules which said that companies should have enough money in their accounts to finance their bids.

He said 12 companies had been banned from participating in the auction system and 62 were on the watch list.

“One of foreign exchange auction rules requires banks to ensure that applicants have enough local currency in their accounts to finance their bids. However, it has come to the attention of the Bank that some banks are not paying particular attention to this requirement and have instead been extending overdraft facilities to finance their customers’ bids,” Mangudya said.

“In line with the Bank’s monetary targeting framework designed to control the growth of money supply, funding of bids through overdrafts and advances is discouraged.  Where absolutely necessary, bank lending should be limited to a maximum of 50% of a bid. Under these exceptional circumstances, bidders would be required to have in their accounts a minimum balance equivalent to 50% to cover their bids.

“Banks are further reminded to conduct full Know Your Customer (KYC) checks on their clients, and should not be complicit or connive in malpractices with their customers.

According to the list the top 100 companies received US$290.9 million out of the US$639.5 million disbursed to big companies between 23 June last year and 28 February this year.

So far US$978.4 million has been disbursed through the auction system. 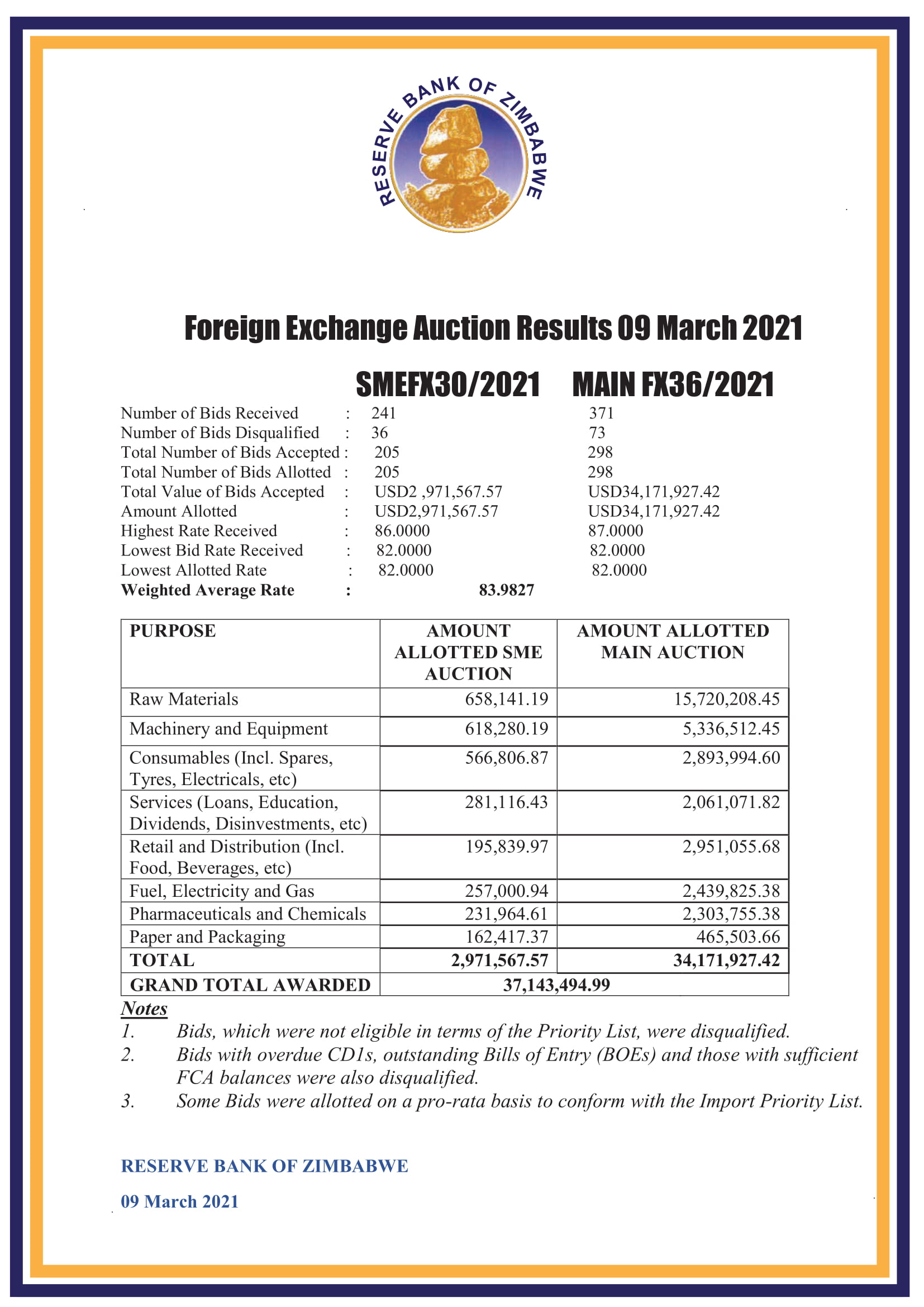