Zimbabwe dollar stable against US dollar

The Zimbabwe dollar today averaged 84.4826 at today’s foreign currency auction slightly up from last week’s 84.4827 despite the widening of the gap between the lowest and highest offers which today ranged from $82 to $89.

A total of 520 bids worth a US$34.1 million were allotted while 122 bids were disqualified.

The auction has so far disbursed US$1.14 billion since it was launched on 23 June. Just under half the amount, US$517.1 million, has been allotted in the 15 auctions held so far this year.

He told United States business television channel, Bloomberg, that the forecast was “achievable” because the country had good rains that will boost farm output to the highest in four years.

“Zimbabwe is coming through this recovery phase quite well,” Ncube said. “Mining remains strong. Our infrastructure investment programme is also quite strong. There’s really a recovery across the board, except the tourism sector.” 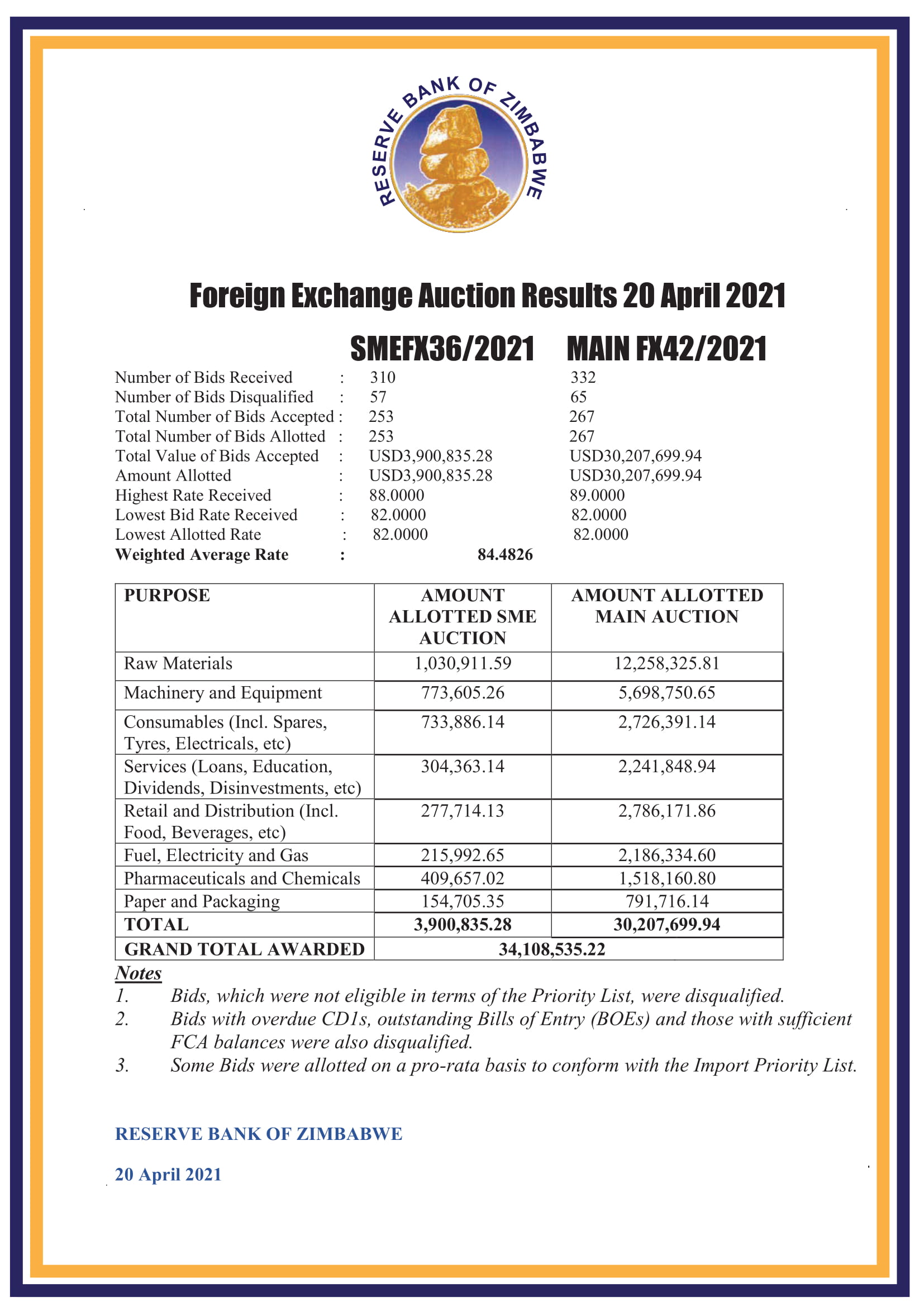