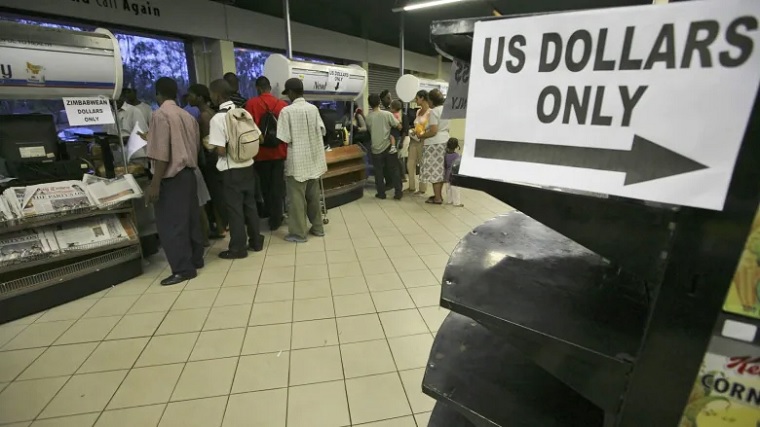 Zimbabwe’s volatile currency is showing signs of stabilising, with the gap between the official and parallel-market exchange rates narrowing and raising hopes runaway inflation may cool.

“We have basically converged with an acceptable premium between the alternative and interbank rates,” Persistence Gwanyanya, a Harare-based economist and a member of the Reserve Bank of Zimbabwe’s monetary policy committee, said. “The markets are at equilibrium.”

The government has unveiled a raft of measures since May — including a new interbank rate, gold coins, legalising the use of the US dollar and a brief ban on bank lending — to try halt a decline in the value of the local unit that helped spur inflation to 285% in August.

While the Zimbabwe dollar is the world’s worst-performing currency this year — slumping more than 80% against the greenback — the even-larger collapse of its value on the street has reversed.

The latest interbank rate is $604 per dollar, with businesses allowed to add a 10% mark-up in pricing goods and services. That brings it in line with the parallel market spread of between Z$650 and Z$700 per greenback.

“It is inescapable,” he said. “The next wave is that of price reductions and that will cement the stability.”

“An earlier softening may result in reversal of gains,” according to Gwanyanya.

It’s also unclear whether some of the measures imposed to bring the exchange rates in line are sustainable, given they will restrict economic activity and elections are due next year, according to Lloyd Mlotshwa, head of research at IH Securities, a Harare-based brokerage firm.

“The convergence has been achieved by punitively constricting local-currency liquidity, that is by stopping government contract payments, increasing interest rates to 200% and taxes on capital markets,” he said.

Economist Eddie Cross said once the government begins paying its suppliers and contractors, the parallel market rate will escalate.

“This has resulted in the shortage of local currency and the electronic currency. This has had an immediate effect on slowing down speculation in the Zimbabwe dollar against the US dollar (US$) and as a result the local currency has strengthened on the parallel market. “However this is not going to be long lived, the government has to return to meeting its obligation of paying contractors and suppliers, and it is in the process of doing that. Once these payments resume we are going to see a resumption of activity on the parallel market for the local currency.

“The only serious solution to this problem is to liberalise the market for the local currency. This will, in fact, provide a long term solution to the problems we are confronting. Anything else, we are just dealing with the symptoms and not the fundamentals.” -Bloomberg/Newsday