The Zimbabwe dollar today fell by $2.09 to average $82.56 against the United States dollar at today’s auction which accommodated both major and small enterprises.

All bids were fully met with major companies getting US$17.98 million and small enterprises being allotted US$789 866.02.

Fifteen bids were rejected in both cases. There were 171 bids for the main auction and 75 for the SME auction.

The highest rate offered was $90 in both auctions but the lowest bid on the main auction was $77.02 while on the SME it was $80.

Raw materials continued to get the bulk of the funds followed by machinery and equipment.

The auction also seems to be having an impact on the Old Mutual Implied Rate which peaked at $141.59 on 2 June and was flat at $122.23 for almost a month when trading on the Zimbabwe Stock Exchange was suspended.

The OMIR is the difference between the Old Mutual share price in London and Harare ad was allegedly being used to externalise funds.

Major shops which were selling goods in forex using the black market rate are now using the official rate. 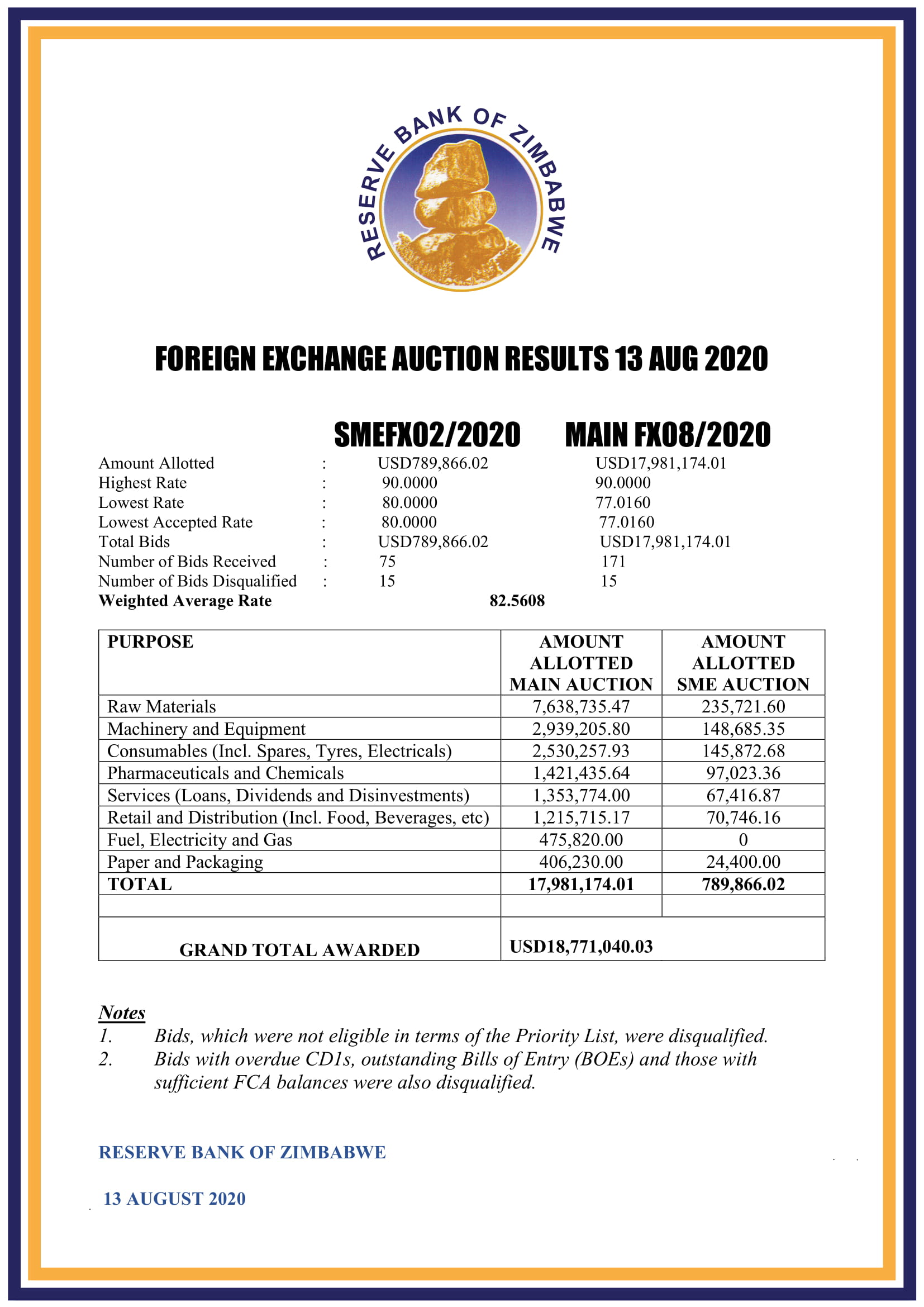