Zimbabwe dollar falls to $72.15 against US

The Zimbabwe dollar today fell by $3.26 against the United States dollar to average $72.15.

This was the fifth time the local currency depreciated against the greenback but the gap between the lowest rate and the highest rate offered at the auction continues to narrow.

Some 290 bids were received but 51 were disqualified.

The highest allocation, US$7.4 million, went to raw materials and U$2.3 million went to machinery and equipment. 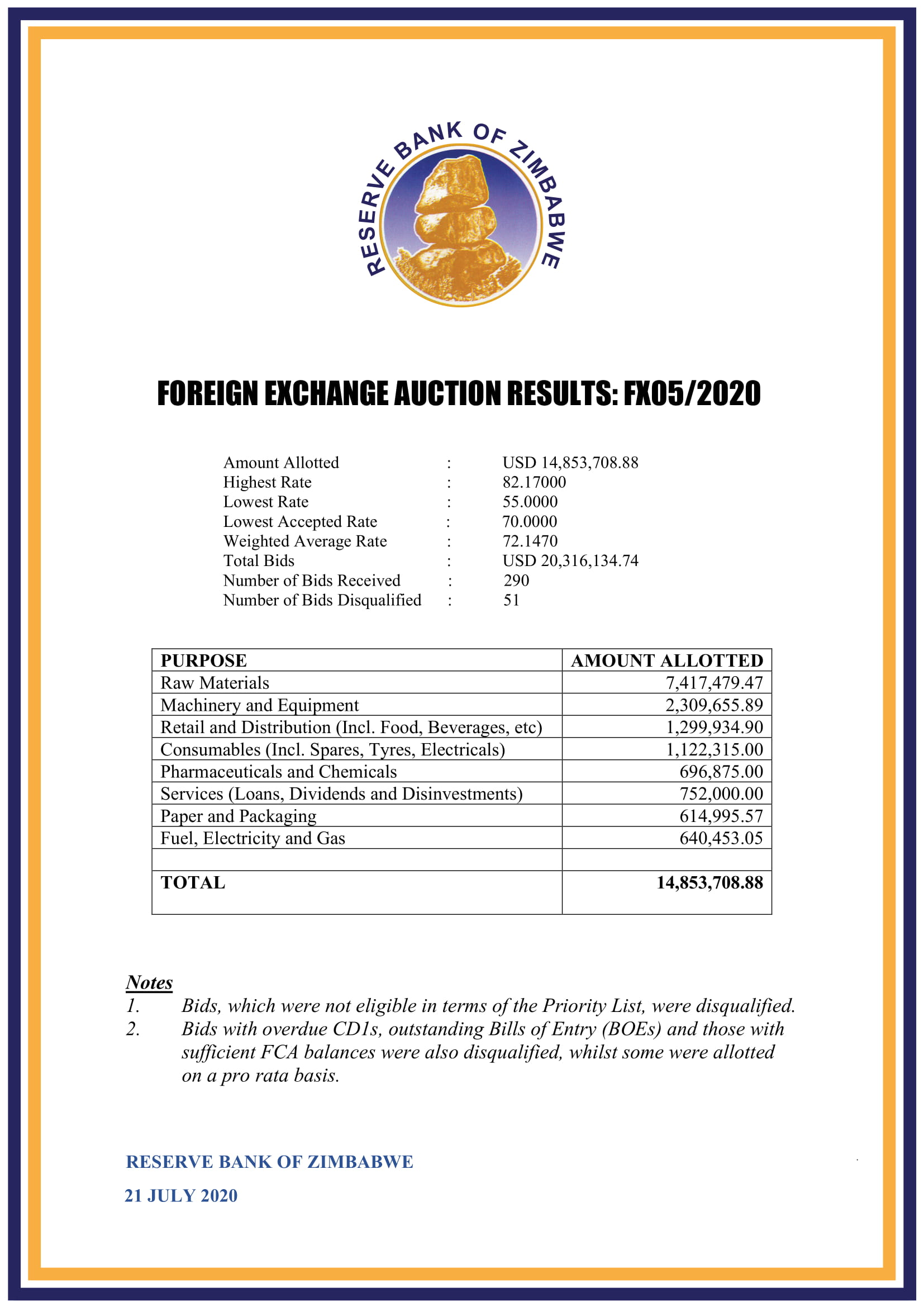