Zimbabwe dollar eases by 13 cents against the greenback

The Zimbabwe dollar today eased by 13 cents against the United States dollar at the country’s seventh foreign currency auction this year which saw it average $83.8868 down from $83.7573 last week.

All 427 bids accepted were allotted in full a total of UD$37.2 million, slightly lower than the US$38.6 million that was disbursed last year.

The Zimbabwe dollar has fallen by $2.10 against the United States dollar since the last auction for 2020 on 21 December.

US$245.9 million has so far been disbursed this year bringing to US$870.8 million the amount allotted since the auction was introduced on 23 June last year.

The range between the highest and lowest bid offers also narrowed to 82- 88 this week.

Reserve Bank of Zimbabwe governor John Mangudya has said that the country’s economy will grow by 7.4% while annual inflation will close the year at below 10%.

He said that this measured optimism was based on the expected significant growth of the agricultural output this year, as a result of the good rainy season, fiscal sustainability and the central bank’s focus on price and financial system stability.

Mangudya said this in his monetary policy statement which he said was primarily focused on ensuring that inflation is kept under control and that the foreign exchange auction system is sustained to support the growth of the economy. 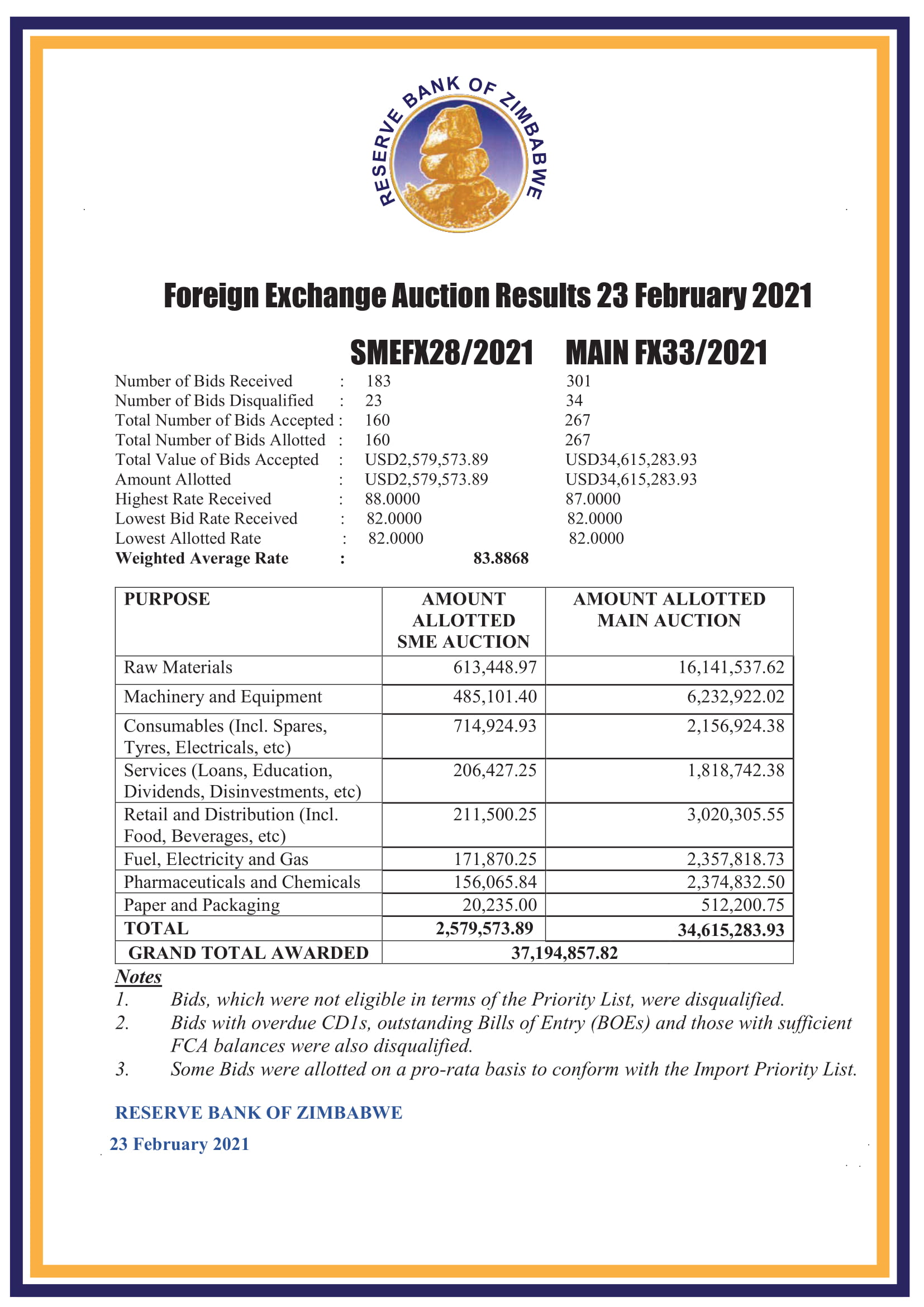