Zimbabwe dollar continues its slide against the US dollar

The Zimbabwe dollar today fell by 28 cents against the United States dollar to average 84.4001 at today’s foreign currency auction.

A total of 529 bids were accepted and were allotted US$35.8 million.

The Zimbabwe dollar has fallen by $2.61 against the greenback since the beginning of the year.

US$1.05 billion has been disbursed through the auction since it started on 23 June last year but  US$424.8 million was allotted in the first three month of this year.

The country’s central bank has published a list of 788 companies that have benefitted from the auction from June last year to the end of February. 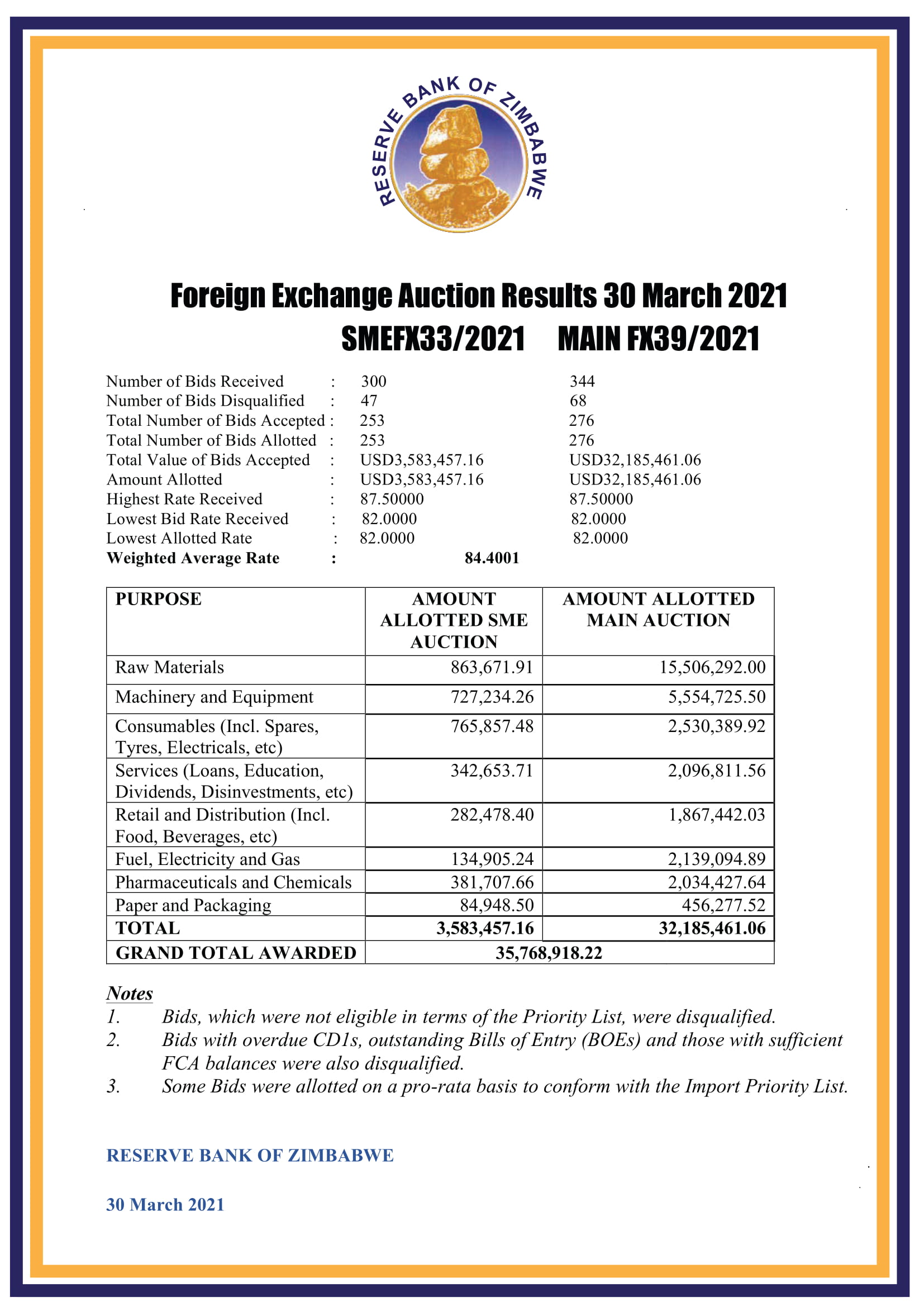