Zimbabwe dollar at risk of being rejected- CZI 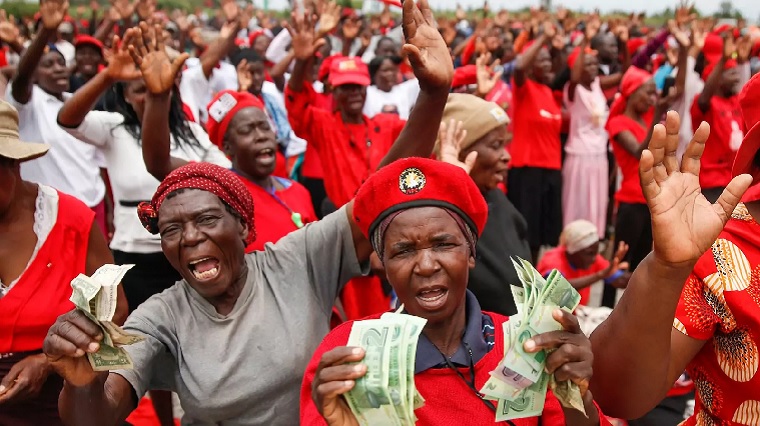 Zimbabwe’s local currency is at “risk” of being shunned if runaway inflation isn’t quelled, the country’s largest business group said.

Policy interventions implemented by authorities over the last six months to protect the local currency and rein in inflation, such as a temporary ban on bank lending and imposing an interbank exchange rate have so far failed, the Confederation of Zimbabwe Industries, said.

Annual inflation soared in June to 192% — a 13-month high. The Zimbabwean dollar is the worst performing currency in Africa and has lost more than two thirds of its value against the US dollar this year, according to data compiled by Bloomberg.

“Although year on year inflation has been on an upward trend since August 2021, there is a noticeable exponential increase since March 2022 which is threatening to lead to hyperinflation if sustained,” the CZI said in a report dated 5 July to its members. “This also means that policy is losing the battle with respect to protecting the local currency as there is a risk for it being rejected in the market.”

Surging consumer prices have also put businesses at a disadvantage among regional peers. Zimbabwe’s inflation rate is the highest in southern Africa and almost eight times that of Angola’s, the country with the second highest rate in the region, the business group said.

“With prices of goods increasing over a month at rates that are well above what our counterparts are experiencing over a period of 12 months implies that Zimbabwe’s industry is at a disadvantage and if things continue in this direction, the industry will struggle.”

Last week the government stepped up measures to stabilize the local unit and contain inflation including lifting the key interest rate to 200% from 80%, reintroducing the US dollar as legal currency and plans to sell gold coins.

If successful then no one will reject the local currency, CZI’s Chief Economist Cornelius Dube saidyesterday. “The measure on interest rates may help slow down inflation,”he said. “Actual taming of inflation will be difficult.”- Bloomberg