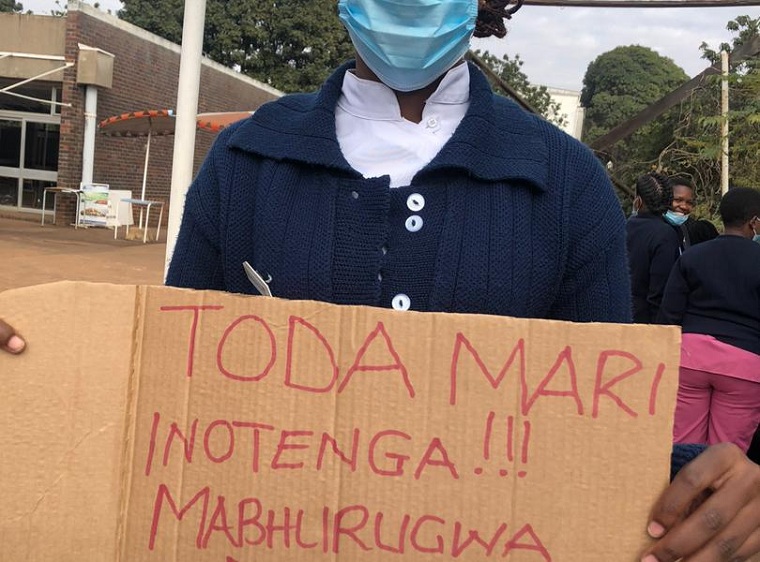 In a letter signed by 14 labor unions representing nurses, doctors and other health-care professionals, the Health Apex Council said its members want to be paid in US dollars because of the collapse in the local currency’s value and surging inflation.

It also rejected a three-month coronavirus allowance of $75 announced by the Treasury yesterday.

Health-care workers’ salaries of $3,000 (US$120) a month aren’t enough to “sustainably take care of their families,” in a country where it’s estimated to cost almost three times that amount to feed a family of six, the group said. Consumer prices rose 15% in May from the previous month.

“Pay has been eroded by inflation,” the group said. “To that end, health-care workers are economically incapacitated to continue reporting for duty until the remuneration package is reviewed to satisfaction.”

The southern African nation has 401 cases of coronavirus, according to the Health Ministry.-BNN