Zimbabwe civil servants to work two days a week but... 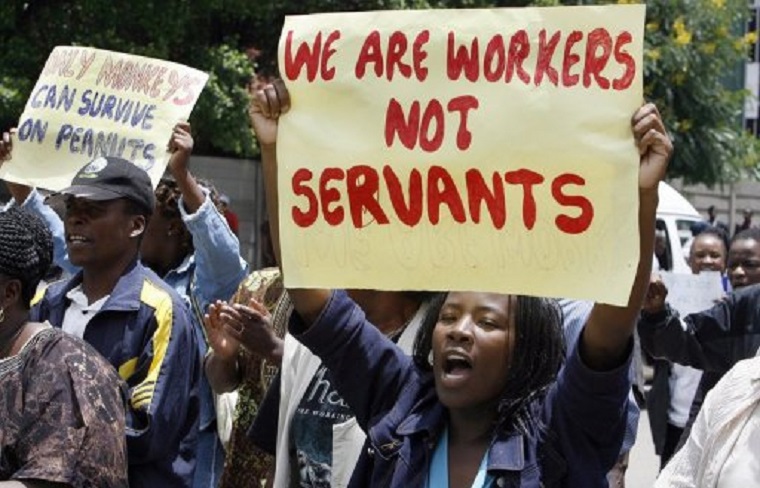 In a declaration of incapacitation, the Zimbabwe Confederation of Public Sector Trade Unions (ZCPTSU), formerly Apex Council, said current talks for a wage review had failed to yield desired results.

Government, in the latest round of negotiations held last month and early this month, offered a 25 percent increment effective April and a further 40 percent towards mid-year.

But workers representative declined the offer which they argue, fell far short of their expectation of a pre-October 2018 salary of US$520 for the lowest paid worker.

“Following an offer of 25 percent of one’s current earnings which the government brought on the negotiating table in the previous NJNC meeting set to be effected 01 April, 2021, which proved to be incapable of addressing civil servants’ capacity to execute their duties, ZCPTSU, representing all member unions, do hereby notify your august office that all civil servants will, starting 12 April, 2021, report for duty twice a week,” the ZCPTSU said in a letter directed to Public Service Commission (PSC) secretary, Ambassador Jonathan Wutawunashe.

The union appealed to government not to dock the salaries of employees who fail to make it to work on a daily basis during the working week as expected.

“We call upon your office to respect this decision by not punishing any member who happens to be a victim of incapacitation,” the ZCPSTU said.

“Instead, we appeal for your indulgence that this issue is addressed with the urgency it deserves.”

Last month, the PSC said it would “apply the principle of no work no pay in respect of civil servants who absent themselves from work”. – New Ziana