With the MDC in chaos, who can halt ZANU-PF? 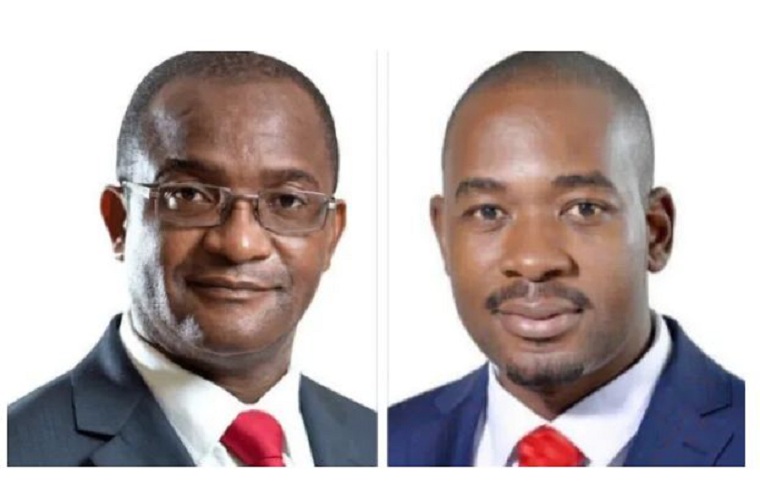 When Nelson Chamisa took over in February 2018 as the leader of Zimbabwe’s main opposition party, called the Movement for Democratic Change-Tsvangirai (MDC-T), after the death of former leader Morgan Tsvangirai, fissures emerged.

For a start, there was the question of seniority. Before Tsvangirai’s death, Chamisa was one of three deputies. He’d been appointed by Tsvangirai in July 2016, along with Elias Mudzuri, though not during the party’s congress.

Thokozani Khupe, however, was appointed as deputy at the party’s 2014 congress and was seen as both more senior and the heir-in-waiting.

At the same time, others felt that Chamisa had dishonoured Tsvangirai by asserting his power over the party, rather brashly, at the former leader’s funeral.

Yet, despite these misgivings, the future of Zimbabwe’s main opposition party wasn’t thought to be under any kind of threat at the time.

Chamisa, after all, had been a poster boy of opposition politics in the troubled country. As a student leader, he became one of the youngest MPs in Zimbabwe in 2003, when he took over the seat first won by Learnmore Jongwe  in 2000. He then served as a minister in the unity government of 2009-2013.

Given those credentials, many voters were willing to take a chance on him. And it worked: in the July 2018 election, Chamisa got more than 2million votes — earning the distinction of being President Emmerson Mnangagwa’s major political rival. (In the end, Mnangagwa won with 2.46million votes – a margin of 314 026 that the opposition contests.)

But within the party things were less than settled at the time. Talk of a split gathered pace — though this wasn’t fatal, as breakaways within the MDC are nothing new.

Under Tsvangirai the MDC had split twice. First, in 2006, Welshman Ncube’s MDC peeled off. Then, in 2014, after secretary-general Tendai Biti was fired by Tsvangirai, Biti set up MDC-Renewal and later the People’s Democratic Party.

Throughout, however, Tsvangirai’s party remained strong, and popular.

Fast-forward to today, and Zimbabwe’s opposition is battling for survival. And, at the heart of its woes is a court challenge to Chamisa’s leadership of the party.