Why are Zimbabwe’s teachers using an uneducated approach to an... 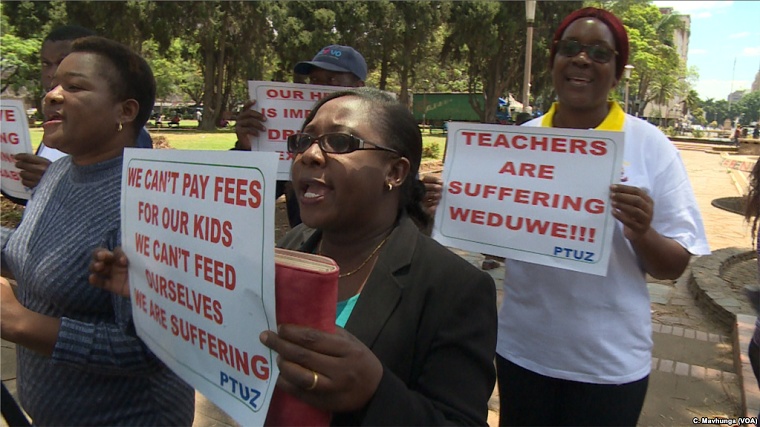 No one has ever doubted that teachers have a genuine grievance. Their salaries, like those of every working Zimbabwean, must be reviewed.  The government has repeatedly acknowledged that it is reviewing their salaries but they must go back to work. Issues will be resolved while they are teaching our children, instead of holding the children to ransom.

It is therefore the teachers’ approach that some of us are beginning to question. When schools closed last year following the outbreak of coronavirus, teachers continued to receive their salaries though most were not teaching. When the government asked those with examination classes to return to work, some of the teachers started saying they would only return to work after their salaries were reviewed.

This year schools have not been operating since the beginning of the year and the government has said they must open next week. Now one of the teachers unions says teachers will not go back to work unless they are vaccinated and their salaries reviewed.

On hearing this a colleague said that Zimbabwe might be one of the most literate countries in Africa but some of the things our teachers’ unions are demanding makes one question the education because it clearly shows that there is something fundamentally wrong with that education.

This raises another question. What kind of education are our teachers giving to our children when they, or at least their representatives, are using a very uneducated approach to an issue that requires educated people?

Everyone is quite aware that our economy had gone down the drain. The new administration is trying hard to stabilise it but was set back by two disasters, Cyclone Idai and coronavirus.

The government has acknowledged that salaries are low and is working on improving them, but people have to go back to work. Despite these assurances, teachers unions continue to demand wage reviews, and in United States dollars, before going back to work.

After losing nine months of education, one is bound to ask, which sensible person would want to sacrifice the entire nation’s children? Granted we all need money to survive, but are teachers the only persons needing a salary review?

Truth be told, when teachers go on strike they are punishing people in the same boat with them, poor people who cannot afford to send their children to private schools.

Only one answer therefore comes to my mind. Teaching has been invaded by mercenaries, especially at union level, hounds that have realised that they can make more money by making noise rather than through teaching.