What the West needs to do about growing nationalism 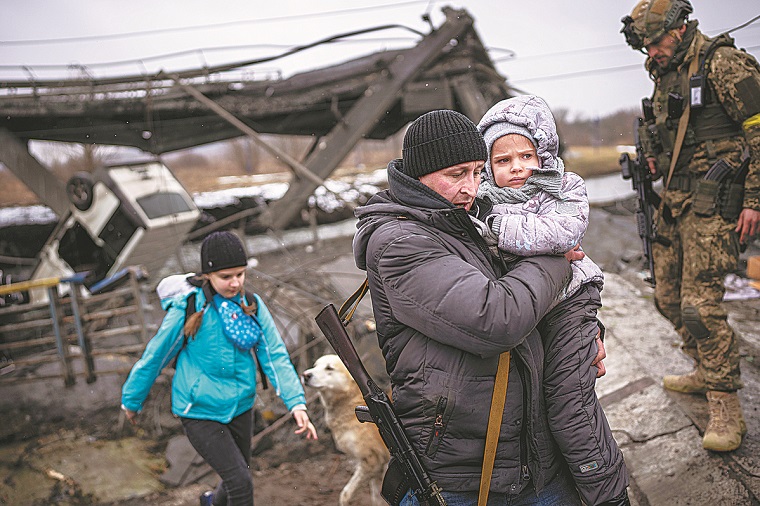 The euphoria after the fall of the Berlin Wall in 1989 was not just about what Francis Fukuyama called an “unabashed victory of economic and political liberalism.” It was also about the decline of nationalism. With the world economy rapidly becoming more integrated, it was assumed that people would leave their national identities behind. The project of European integration – embraced enthusiastically by well-educated, upwardly mobile young people – was not just supranational, but post-national.

But nationalism is back, and it is playing a central role in global politics. The trend is not confined to the United States or France, where former President Donald Trump and the far-right National Rally leader Marine Le Pen, respectively, lead new nationalist coalitions. Nationalism is also driving populist movements in Hungary, India, Turkey, and many other countries. China has embraced a new nationalist authoritarianism, and Russia has launched a nationalist war aimed at eradicating the Ukrainian nation.

There are at least three factors fueling the new nationalism. First, many of the affected countries have historical grievances. India was systematically exploited by the British under colonialism, and the Chinese Empire was weakened, humiliated, and subjugated during the nineteenth-century Opium Wars. Modern Turkish nationalism is animated by memories of Western occupation of large parts of the country after World War I.

Second, globalization increased pre-existing tensions. Not only did it deepen inequalities in many countries (often in unfair ways, by enriching those with political connections); it also eroded longstanding traditions and social norms.

And, third, political leaders have become increasingly skilled and unscrupulous in exploiting nationalism to serve their own agendas. For example, under Chinese President Xi Jinping’s authoritarian rule, nationalist sentiment is being cultivated through new high-school curricula and propaganda campaigns.

Similarly, under Indian Prime Minister Narendra Modi’s nationalist Hindutva regime, the world’s largest democracy has succumbed to majoritarian illiberalism. In Turkey, President Recep Tayyip Erdoğan initially eschewed nationalism, even spearheading a peace process with the Kurds in the early 2010s. But he has since embraced nationalism wholeheartedly and cracked down on independent media, opposition leaders, and dissidents.

Today’s nationalism is also a self-reinforcing reaction to the post-Cold War project of globalization. In 2000, then-presidential candidate George W. Bush described free trade as “an important ally in what Ronald Reagan called ‘a forward strategy for freedom’ … Trade freely with China, and time is on our side.” The hope was that global trade and communication would lead to cultural and institutional convergence. And as trade became more important, Western diplomacy would become more potent, because developing countries would fear losing access to American and European markets and finance.1

It has not worked out that way. Globalization was organized in ways that created big windfalls for developing countries that could reorient their economies toward industrial exports while also keeping wages down (the secret sauce of China’s rise), and for emerging economies rich in oil and gas. But these same trends have empowered charismatic nationalist leaders.