What the United States planned for Zimbabwe after Mugabe-in its... 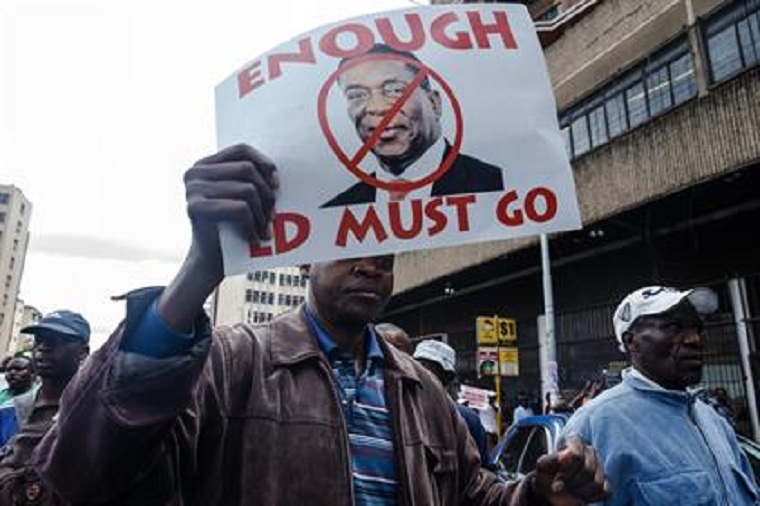 The United States government had it all laid out for Zimbabwe, 17 years ago, when it thought that then President Robert Mugabe would not last days after the opposition Movement for Democratic Change embarked on its final push to get Mugabe out of power.

It wanted a reformist government in Harare which would allow United States corporations to get back into business in Zimbabwe: General Electric, Boeing, Caterpillar…..

Mugabe, however, hung on to power for another 14 years until he was removed by his own lieutenants.

But the United States embassy in Harare and the opposition are talking the same language, that of a transition and the #Mnangagwamustfall hashtag.

Here are the plans that the US had as outlined in a cable by the then US ambassador to Zimbabwe Joseph Sullivan in June 2003.

Viewing cable 03HARARE1130, AFTER MUGABE: POST RECOMMENDATIONS FOR A U.S.

¶1. (c) Summary: While it is still uncertain whether President Robert Mugabe will depart in the next days or months, Post considers it prudent to offer policymakers “day after” recommendations at this stage. Assuming a transition government is committed to political and economic reform, the U.S. should immediately assist with elections, humanitarian needs and infrastructure loan guarantees. A transition government will not completely overcome the country’s political divisions or recession, but it could lay the foundation for a viable democracy and market economy. To accomplish this, we suggest the U.S. establish the legal groundwork for waiving the Brooke-Alexander Amendment and 620(q) at the appropriate time. End Summary.