We don’t care a hoot what the British say- ZANU-PF... 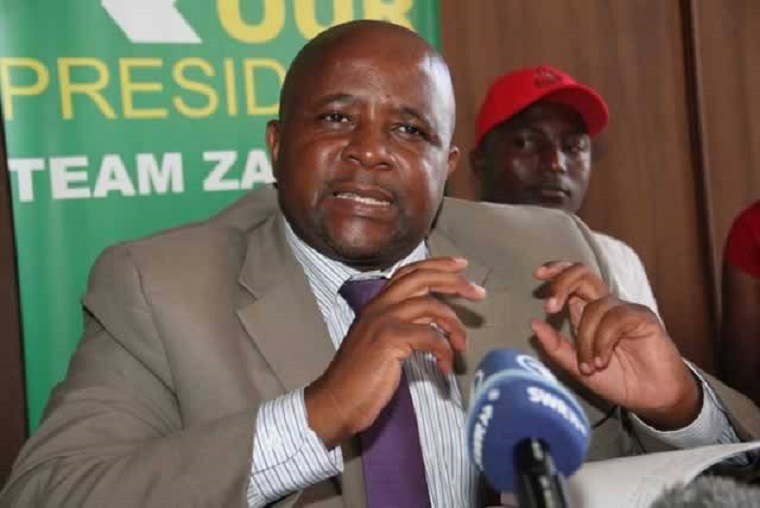 Two Zimbabwe African National Union-Patriotic Front legislators, chief whip Pupurai Togarepi and chairman of the Parliamentary Committee on Foreign Affairs, Kindness Paradza, this week said Britain could not lecture Zimbabwe on human rights as it was no longer its colony.

This followed a debate on Zimbabwe on Tuesday, October 27, during which several  peers in the House of Lords blasted Zimbabwe on its human rights record and called for the imposition of sanctions on Harare.

Togarepi said perhaps it was time Zimbabwe went to the International Court to demand reparations from the British for the atrocities they committed during the colonial era and through illegal economic sanctions that are designed to make Zimbabwe bleed just because people took back their land.

Paradza said Britain’s nostalgia with Zimbabwe must now come to an end.  “The British can only visit us either as investors or tourists, not as colonisers,” he said.

Below are their contributions in full.

HON. TOGAREPI: Mr. Speaker Sir, I rise on a matter of public importance. It troubles my heart that 40 years after we dislodged the brutal British rule, characterised by acts of banditry against our people, the same people with a colonial hangover would want to lecture Zimbabwe on democracy, rule of law and constitutionalism. Indeed, it pains me that those neo-colonialists in the mould of Mr. Peter Hein are making baseless conclusion as they try to meddle in the affairs of our sovereign state, a country borne out of the revolutionary struggle for self determination.  We are not a British colony and we certainly do not care a hoot about what they discuss in their Houses.

As a sovereign nation with equal global rights, what we ask from the British is mutual respect and not to be lectured about human rights and due processes, tenets they denied our forefathers and which we only regained in 1980.

They hanged our women, they raped our women, they spat on our women, they had no respect for the Africans, regarding us as animals to be hunted down and then kept in their museums as trophies. Today, castles and palaces in London are a direct result of our gold and diamonds they looted, yet they have not offered to pay any form of restitution or reparations for their grand and sickening thievery. Such people with base animal instincts cannot and must not be allowed to tell us about human rights because we fought for those rights and today enjoy walking in the streets of Harare where just four decades ago we were denied the same.

Today we vote, today we write our own constitution and today we define our own destiny through hard work and comradeship. Yes, we can argue amongst ourselves, across the political divide as Zimbabweans, correct each other where signs of omission or commission emerge but we do not need a people whose forefathers killed our people with impunity to lecture us on human rights, in fact we are better placed to advise them on human rights because we forgave their kith and kin who murdered hundreds of thousands of our people.