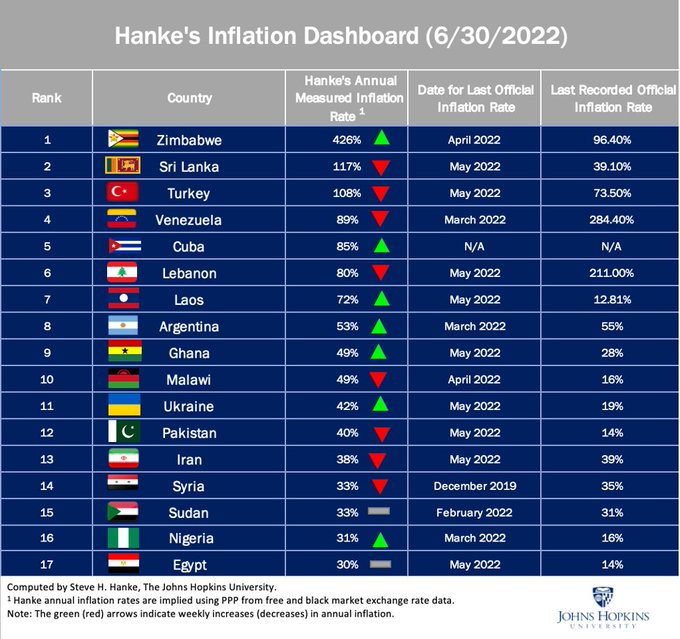 United States economist Steve Hanke says Zimbabwe’s inflation stood at 426% at the end of last month but his assertion that this is more than four times the official rate of inflation is wrong as he is still using the April figure yet Zimbabwe has already released the June inflation figure.

Hanke tweeted on 2 July: “In this week’s inflation table, #Zimbabwe takes the 1st place. On June 30, I measured Zimbabwe’s #inflation at 426%/yr. More than 4x the official inflation rate of 96.4%/yr. Zimbabwe must dump the Zim Dollar & officially adopt the USD.”

It is not clear why Hanke is still using the April figure when the June figure was released a full seven days before his latest tweet.

While this is not only misleading it could actually be disinformation as Hanke seems to be pushing for Zimbabwe to dump its local currency and adopt his country’s own.

Disinformation is sharing or creating information deliberately with intent to mislead.

Zimbabwe has repeatedly stated that it is not re-dollarising but will continue to use multiple currencies until the end of 2025.