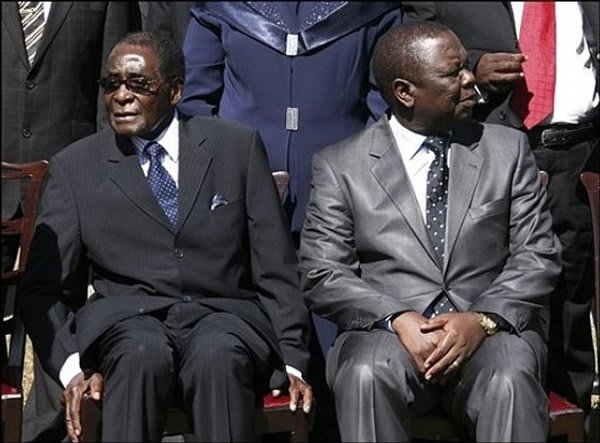 Movement for Democratic Change leader Morgan Tsvangirai today appealed to President Robert Mugabe to uphold the country’s new constitution and ensure that his ministers and senior government officials do the same.

In a statement today, Tsvangirai said the Zimbabwe African National Union-Patriotic Front had literally discarded the new constitution adopted in 2013 by an overwhelming majority as “just a piece of paper”.

“I am appealing to President Mugabe, who swore to uphold the constitution, to ensure that his ministers and senior officials of government uphold the supreme law of the land.  The key issue at stake is constitutionalism,” he said.

“The people of Zimbabwe overwhelmingly voted in a referendum to govern themselves through elected metropolitan and provincial councils. It is one thing having a constitution, and quite another having a culture of constitutionalism. It is with regret that so far, this government has shown it is averse to constitutionalism, hence the delay in aligning laws to the constitution.”

He accused Kasukuwere of abusing the justice system and wasting tax-payer’s money but appealing decisions by the courts to re-instate councils that he had fired.

“This represents a gross abuse of his ministerial authority and a complete waste of the courts’ time and tax payer’s money. The decision of the High Court was unequivocal – the minister no longer has any authority to dismiss or suspend councilors outside the procedures laid down in the constitution and does not have the power to appoint a “commission” to run the affairs of cities,” Tsvangirai said.

He said Kasukuwere was once again trying to subvert the law by appointing a town clerk for Harare.