Tourists brought omicron to Botswana but southern Africa including Zimbabwe... 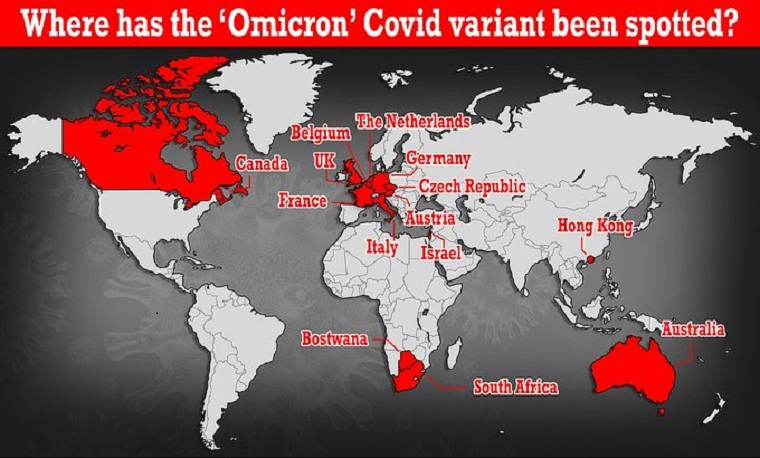 The omicron variant of coronavirus which was detected in Botswana and has forced most western countries to ban flights from Southern Africa except for their nationals was actually brought to the country by four foreign nationals who were in the country on a diplomatic mission.

This was disclosed by the Botswana government but seems to have gone unnoticed.

Botswana says that the new virus was detected on four foreign nationals who visited the country on 7 November. They tested positive on 11 November as they were preparing to return. 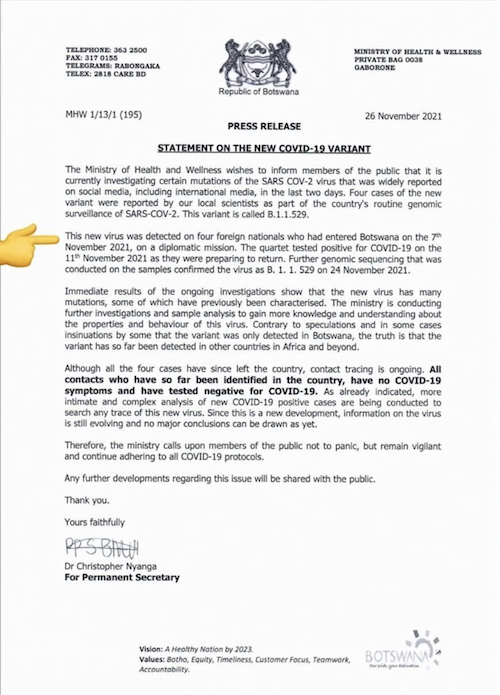 In a statement he said: “As I and others have long warned, low vaccine rates are a breeding ground for variants.

“The people of Africa cannot be blamed for the immorally low level of vaccinations available in Africa – and they should not be penalized for identifying and sharing crucial science and health information with the world.

“I appeal to all governments to consider repeated testing for travelers, together with other appropriate and truly effective measures, with the objective of avoiding the risk of transmission so as to allow for travel and economic engagement.” 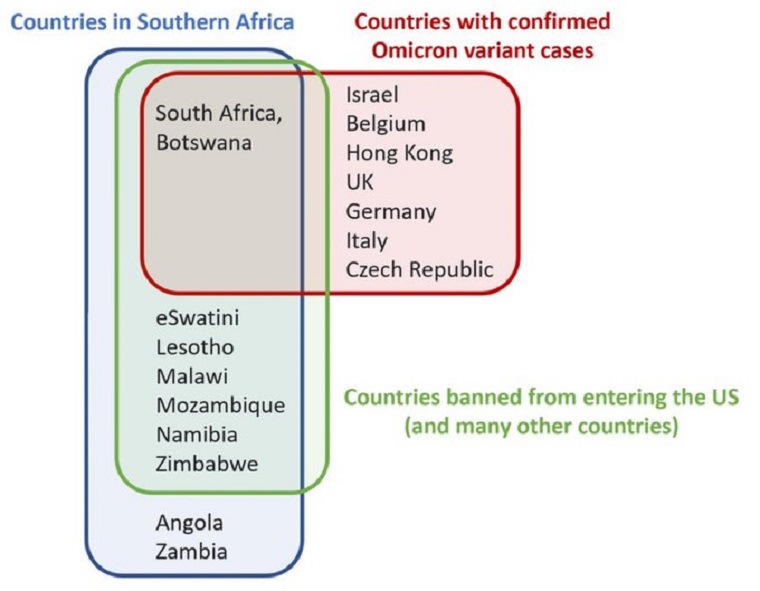