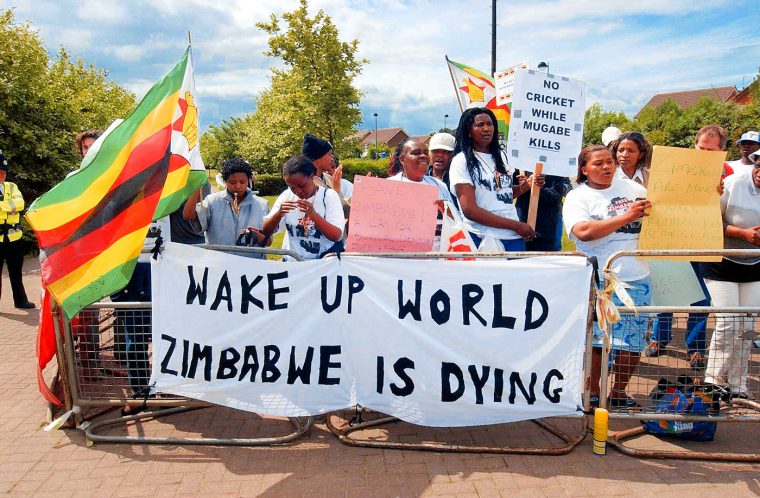 Not paying the worker is a short-term solution to the problem of cash shortages. Wage arrears are now rising. But while pay to the police and army remains a priority which helps give this policy more longevity because violence can be unleashed on those demanding to be paid, strikes and unrest this month suggest it cannot be maintained for long.

Not allowing exporters to keep the dollars they earn is another short-term solution. We heard that in the past three months some commodity producers have been unable to take dollars out of the country. This gives the government room to pay key workers or ensure there is cash for vital imports of fuel (or others, such as ammunition). But this is not economically viable in the longer term because businesses will eventually stop producing commodities.

The government has also banned certain imports to help save dollars – similar to Nigeria. In Zimbabwe these include baked beans, peanut butter, canned fruits and jams. But there appear to be no restrictions on ministers using parastatal revenues to purchase cars costing $300,000.

Aside from arrears, non-payment to exporters and import controls, the government does have one rational solution to the problem. It is seeking out a lender of last resort.

Zimbabwe suspended payments to international financial institutions (IFIs) years ago, but now it needs dollars and they might provide them – or theoretically open the way for Zimbabwe to borrow from the private sector.

It intends to borrow dollars from Afreximbank to clear arrears owed to the African Development Bank. It plans to take a long-term bilateral loan to repay the World Bank, and it hopes to use Special Drawing Right holdings to clear arrears to the IMF. The finance minister seemed confident at the London conference that arrears could be paid by October which could see dollars flow to the country by the end of the year.

Another idea, due to take effect in October, is to inject liquidity into the system by issuing bond notes, backed by $200 million from Afreximbank. They will be given, with a 5% bonus, to exporters. So if an exporter sells $10 million of goods, then the Zimbabwean government will give $500 000 of these bond notes to the exporter. This sounds like an inducement to the exporter to accept the new notes. We however see little advantage to this, over the more straightforward idea of just giving the dollars to the exporter.

Many assume that this is just a precursor to the government printing unbacked notes in the future. The finance minister stated that Zimbabwe is not ready to reintroduce the Zimbabwe dollar to the economy until foreign exchange reserves are equivalent to 6 or 12 months of import cover and until the twin (budget and current account) deficits are addressed. This could be semantics. After all the new bond notes are not going to called Zimbabwean dollars.