South Africa is where it is today because of apartheid...

I lived and worked in South Africa for five years.  Throughout I had to fend off the assumption that I was a political refugee. I was more of an economic refugee but I had not gone to South Africa looking for a job. I got the job while still in Zimbabwe, worked from Zimbabwe for five months, and only moved to Johannesburg because I had to understudy my boss for at least a year before taking over.

A lot of people, most of them South Africans, were upset when I told them that I had not run away from Robert Mugabe.  It got worse when I spoke about how wonderful Zimbabwe was. Even though I never talked about how good Mugabe was, I was immediately branded a Mugabe apologist.

I always asked why those who supported Morgan Tsvangirai, leader of the Movement for Democratic Change and the country’s Prime Minister at the time, were never called Tsvangirai apologists.

Another thing that I found interesting was that most people, especially white colleagues did not want me to talk about the apartheid years or racism. It was as if they had never existed and South Africa had always been a democratic country yet everywhere you went signs of apartheid slapped you straight in the face.  The pattern in the corporate world was more glaring- managers (white), accountants (Asian), human resources (blacks).

It was a sad reminder that South Africa had developed into a first world country, in the third world, because of apartheid but this was not to be talked about because everyone now had “equal opportunity”.  They even tried to avoid using the word black, which to me was something to be proud of, and was much better than kaffir.  Blacks, and to some extent coloureds and Asians, were referred to as “previously disadvantaged people”.

The sad reality was that all was not well for the majority. Blacks were in power all right but the majority were still suffering. I still remember asking one of the cleaners at the office block where we worked why she bothered to work at all when she told me that she had a young baby whom she left at home with her mother.  She earned R1 400 a month but had to spend R800 on transport.

This was nine years ago but things seem to have hardy changed. According to the Southern Africa Labour and Development Research Unit at the University of Cape Town: 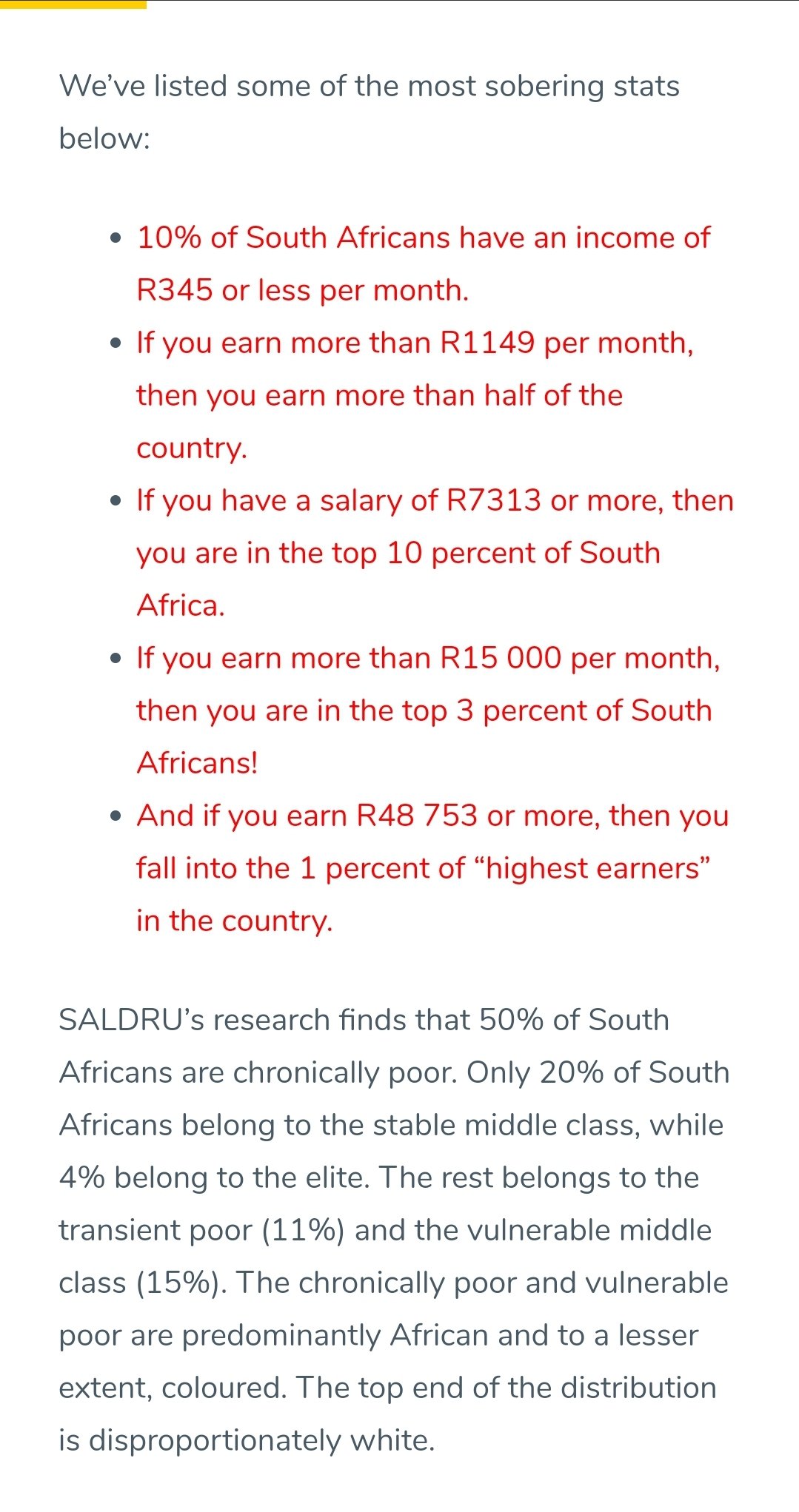