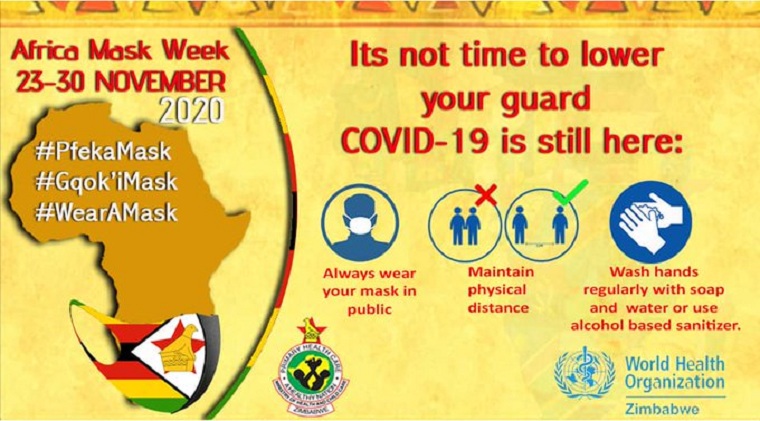 The number of new coronavirus cases in Zimbabwe continues to rise with 115 new cases being recorded yesterday up from 110 the previous day and 90 before that.

There were 61 recoveries yesterday which saw the number of active cases rise to 952. The bulk of these are in Bulawayo which has 326 and is followed by Matebeleland North with 199 and Mashonaland West with 117. Harare was static at 94.

Matebeleland South had 52 recoveries yesterday and this saw the number of active cases dropping to 76.

The number of active cases has risen by 722 since the beginning of the month.

The situation continues to get worse across the globe with the number of cases rising to 61.3 million.

There have been 1.44 million deaths. Some 42.4 million have recovered, but there are still 17.5 million cases.

Germany has just joined countries with more than a million cases.  Peru and Poland could be next.