Mugabe’s nephew threatens to shut down companies that do not... 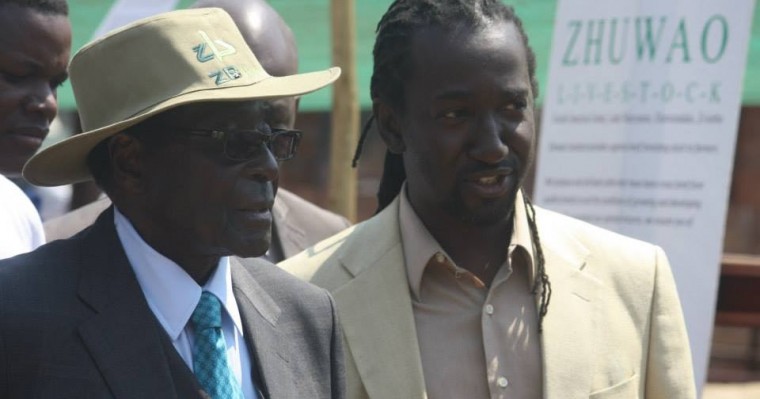 Zimbabwe government will on April 1 shut down foreign-owned companies that have not complied with its empowerment laws which demand that they sell their shares to locals, youth and empowerment minister Patrick Zhuwao said today.

The government gave foreign-owned firms — including miners and banks — a March deadline to comply with the indigenisation law which requires that foreigners sell at least 51 percent of their shareholding to locals.

Zimbabwe’s Indigenisation Act, which was enacted in 2008, requires foreign owned companies valued at over $500,000 to cede 51 percent to black locals, which analysts say is not ideal for an economy battling to recover from a decade-long recession.

President Robert Mugabe in December warned that government would no longer tolerate non-compliance with the law.

“On Tuesday March 22, 2016, Cabinet unanimously passed a resolution directing that from 1 April 2016, all line ministries proceed to issue orders to the licensing authority to cancel licenses of non-compliant business within their respective sectors of the economy,” Zhuwao, who is Mugabe’s nephew, told journalists.

“This welcome decision by Cabinet will ensure that the laws of Zimbabwe, specifically the Indigenisation and Economic Empowerment Act are respected and enforced.”

Some companies had been reluctant to comply with the law as Cabinet appeared divided over implementation of the law.

Zhuwao said all government ministries would be required to submit names of companies within their portfolios that have complied with the law, adding  the firms had been given ample time to comply.

“The failure to adhere to the laws of the land must attract immediate consequences that must be severe and dire enough to ensure that law is respected and adhered to,” said Zhuwao.

Two of the world’s largest platinum producers  — Anglo American Platinum and Impala Platinum — are some of the foreign-owned firms with operations in Zimbabwe. International banking groups Standard Chartered Plc and Barclays Plc, along with regional financial institutions Standard Bank and Ecobank, also have local operations.

Analysts have blamed the localisation law for the dearth of foreign investment in Zimbabwe in the past decade.

In 2014, Zimbabwe’s foreign direct investment stood at $545 million — less than 5 percent of the country’s GDP — from $400 million in the previous year, driven by interest in mining, infrastructure and services but still lags regional rivals.

Also, a total of 67 projects mainly in mining and energy worth $971 million were approved in the first six months of last year compared to 76 projects valued at $555 million during the same period last year.-The Source

Mugabe says indigenisation is not dead

We are not beggars says Zimbabwe’s new indigenisation minister