Mugabe says I don’t vote for myself, blame the people... 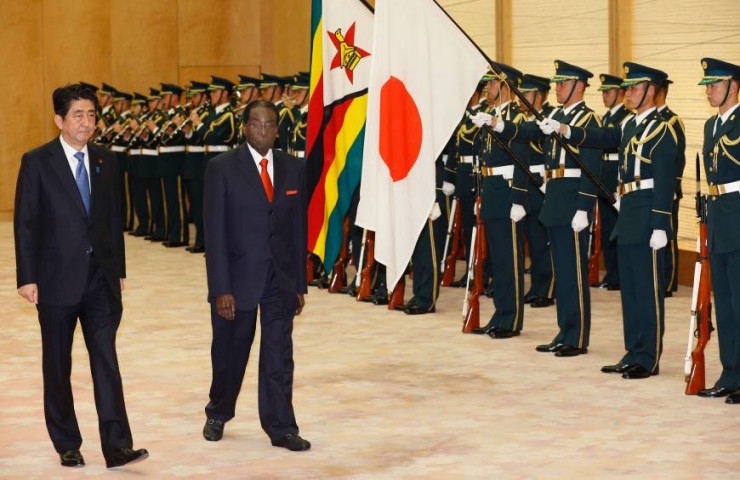 President Robert Mugabe yesterday said anyone who thinks he has been in office too long should blame the people of Zimbabwe who have voted for him since 1980 because he does not vote for himself.

“If they don’t like my long stay in power they should criticise my people. I don’t vote myself into power. You just go to Zimbabwe now and ask the people whether I should stand down. They’ll be angry with you,” he told journalists in Japan according to The Chronicle.

Mugabe hinted that he might not contest the 2018 elections if he is not fit but added that only God would decide.

“At the moment I’m the President that’s why (I’m here). Do you see me as not fit? Why not contest two years later?  Two years later is no time but only God knows what will happen in two years time, 2018, I don’t know, it’ll depend. If I’m fit enough yes but if I’m not fit enough I’ll not. My people will want me to be a candidate and they’ve already nominated me as a candidate for 2018,” he said.

Mugabe’s Zimbabwe African National Union-Patriotic Front has been riddled with factional fighting as people line-up to take over from the ailing 92-year-old leader.

Though Mugabe has not anointed any successor, he says the ideal person to take over from him should be: “a good leader all the time, a leader who is people oriented. A leader who listens to the voices of the people, who takes care of the people, who thinks of the people before he thinks of himself. He should be a leader who is really directed and governed by the wishes of the people. This is what I’ve tried to be. This is what our government has tried to be. When we waged the struggle it was a people struggle for the freedom of our people and that should remain the objective of the leaders in the future. (He needs) to be people oriented to push that the people remain as free as possible and defend and protect them against any outsider.”

Mugabe says he will step down if war veterans say so but…….

Has Mnangagwa finally revealed that he engineered Mugabe’s stay in power after Tsvangirai beat him?

If you want to see Mugabe at his best, put him in a corner