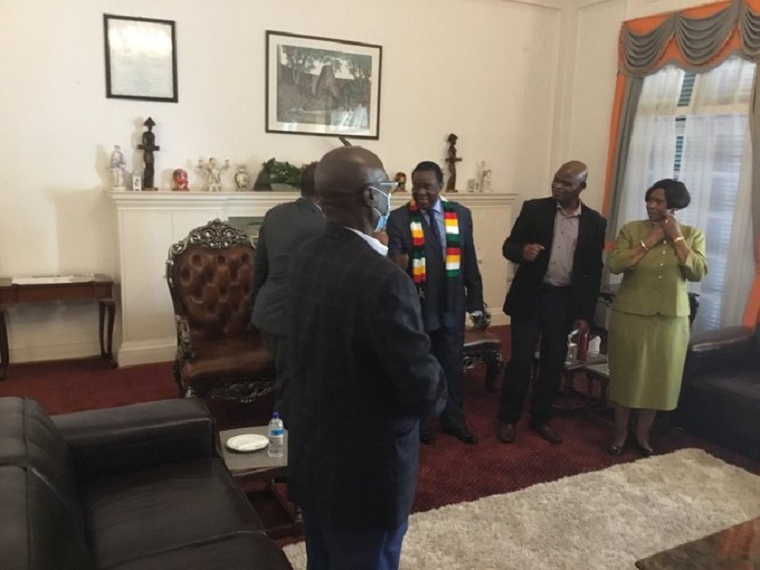 Former Kwekwe legislator Blessing Chebundo, who rose to fame after defying all odds to beat Zimbabwe African National Union-Patriotic Front heavyweight, Emmerson Mnangagwa in the 2000 Parliamentary elections, has joined the ruling party together with another former opposition legislator Lilian Timveos, according to Mnangagwa spokesman George Charamba.

The two are both from the Midlands, Mnangagwa’s home province.

Chebundo also beat Mnangagwa in 2005 forcing him to switch to a rural constituency, Chirumanzu-Zibagwe which he won and later handed over to his wife after being appointed Vice-President.

According to Charamba, Chebundo left MDC-Alliance led by Nelson Chamisa to join MDC-T now led by Douglas Mwonzora  but he said both candidates found it futile to continue with negative opposition for the sake of opposition instead of joining hands with the rest of the country to support Vision 2030.

Chebundo’s political fortunes had begun to wane when he lost the Kwekwe Central seat to Masango Matambanadzo who had left ZANU-PF to join the National Patriotic Front and won the seat on that party’s ticket.

He also lost to Judith Tobaiwa the MDC-Alliance primary elections to contest the seat following the death of Matambanadzo last year.