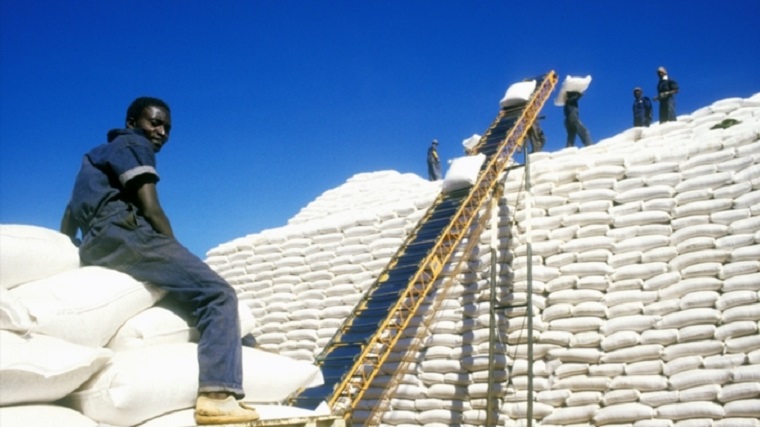 Zimbabwe President Emmerson Mnangagwa says Zimbabwe has enough food and has a surplus of 100 000 tonnes.

He says the country requires 2.2 million tonnes but harvested 1.8 million. It, however, has 500 000 in its strategic reserves.

He says the government is working to ensure that it tops up its reserves and is reviewing producer prices announced for the next season as they have been eroded by inflation and the falling exchange rate.

Below is full write-up:

Lately, there has been some anxiety over our nation’s food situation. A perception of food insecurity traceable to the late, poor start to the 2021-2022 season.

Then followed by a severe early-to-mid-season drought which hit five of our provinces: Manicaland, Masvingo, Bulawayo, Matabeleland North and South. The anxiety is thus understandable. Yet the truth is our nation is food secure in spite of all those natural calamities.

Poorly contextualised announcement by the Grain Millers Association of Zimbabwe, GMAZ, has not assuaged these anxieties. GMAZ announced that it intends to import some 400 000 tonnes to meet its own grain shortfall.

That was misconstrued to mean Government is importing grain to meet a national deficit.

Then there was a raft of measures which Government took to pre-empt fraudulent side-marketing of grain by contracted farmers.

That, too, added to the confusion, seemingly giving credence to this misperception of grain scarcity in the country. I wish, through this piece, to clarify both matters, and then to place on public record facts relating the state we are in, food-wise.

In respect of GMAZ, it is Government policy that grain users in the private sector, grouped as GMAZ, should meet 40 percent of their grain needs.

The policy is meant to nudge them towards playing their part in supporting local farmers through contract growing. These farmers, after all, are prime producers of the raw materials which drive their milling business.

GMAZ must thus play a part through such backward linkages.

Where such arrangements fall short of 40 percent of their grain requirements, GMAZ is expected to meet the shortfall through purchases or imports paid from own funds.

That measure protects our Strategic Grain Reserves, while also ensuring Government has enough grain from the crop it will have wholly funded to meet needs of the vulnerable in our society. Above all, the policy ensures millers share the burden of funding grain production in the country. As private players, Government cannot subsidise them through the Government-guaranteed contract growing scheme.