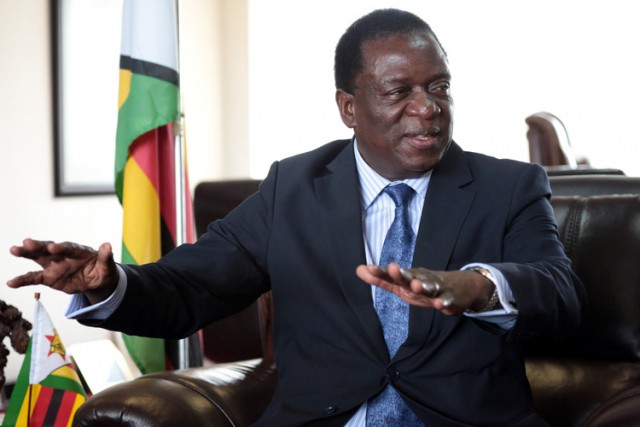 Vice-President Emmerson Mnangagwa says the British are hard-headed but Zimbabwe will insist that they compensate it not only for the skulls of its ancestors that they took but also for settling white farmers in the country.

“All that is evident, those are issues that are discussed and they take time, they are legalistic. They have returned some; the Germans returned some of them and have remained with one. The British are hard headed, we actually had to force them out of this nation.

“So for us to get the remains of our ancestors that they have, we need to engage them and engage a legalistic approach for us to get our heritage back. The compensation that you mentioned about is broader than what you have mentioned, about the skulls or heads or our ancestors because in our African culture it is not ideal that the body is this side and the head is somewhere else; that is our heritage and our belongings, so they should return them.”

According to a brief by the Zimbabwean embassy on the land reform programme, the British South African Company  which invaded Mashonaland and Matebeleland in the 1890s, set up a Loot Committee which awarded all settlers who participated in the war a farm of 6 350 acres anywhere in Matabeleland. Each settler was also guaranteed 15 reef and 5 alluvial gold claims, while the “loot” – Ndebele cattle- was to be shared with half going to the Company and the other half being divided equally among the men and officers.