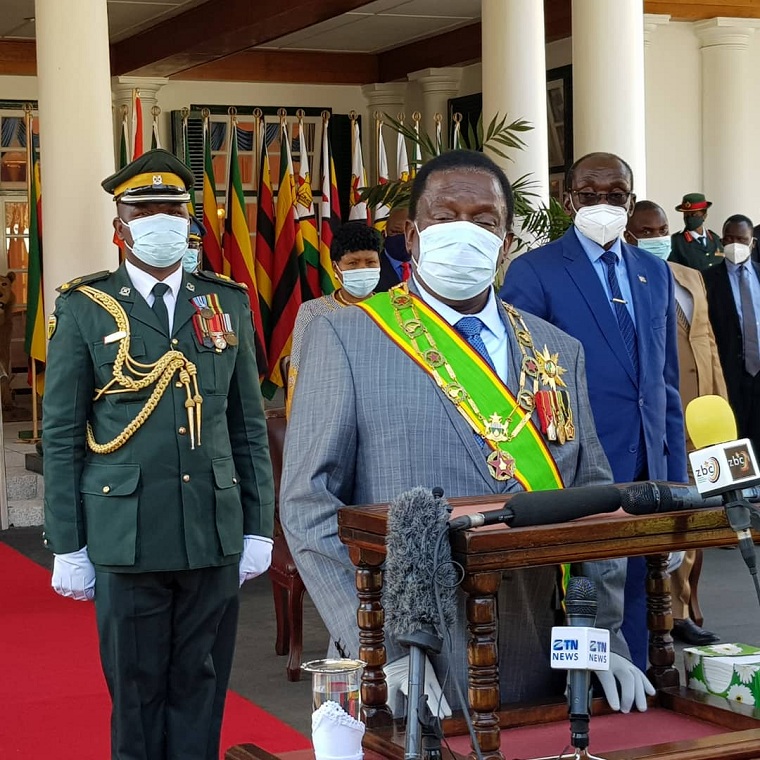 Zimbabwe President Emmerson Mnangagwa today promised to improve the remuneration, welfare and conditions of service for members of the country’s defence forces.

In his virtual address to mark 40th Anniversary of the Zimbabwe Defence Forces (ZDF), Mnangagwa commended the security forces for performing their duties with excellence and unparalleled dedication.

“I am aware of the sacrificial nature and service ethos of the Defence Forces, however, my administration remains determined to improve the salaries and conditions of service for our Forces. Housing, transport and medical facilities among other requirements are being improved in recognition of the role and sacrifices made by our Defence Forces in the conduct of their duties.

“Mobility, requisite training equipment and Research and Development needs will be equally funded to ensure the modernisation and improvement of our national defence capabilities,” he said adding the government had the same intentions for veterans of the liberation struggle.

“With regard to the War Veterans Affairs, my government has resuscitated the Veterans of the Liberation Struggle Bill which has now gone past the Second Reading Stage in Parliament. The passing of the Veterans of the Liberation Struggle Bill into Law will repeal the War Veterans Act and the Ex -Political Prisoners, Detainees and Restrictees Act and take on board the previously excluded categories of the veterans.

“I am confident that upon its enactment, most of the welfare issues of Veterans of the Liberation Struggle will be resolved,” he said.

The President accused the opposition of conniving with foreigners to foment violent protests.

“Thank you, once again for remaining calm and peaceful in the wake of some misguided calls for violent protests and demonstrations by the opposition elements with support from foreign and civil society supporters and backers. You have shown your patriotism and love for peace and tranquillity.

“To the Zimbabwe Defence Forces, as a nation we take pride in you and we thank you for continuously defending our sovereignty and territorial integrity from all contemporary threats,” he said.

Mnangagwa applauded the ZDF for maintaining peace and security in the country.

“In executing its constitutional mandate, the ZDF has since its formation acquitted itself with distinction and high professionalism and for this they deserve a big compliment. Zimbabwe has continued to enjoy peace largely attributable to the ZDF`s vigilance, loyalty, commitment and dedication to their constitutional obligation of defending the country and its people.

“The resultant peace and tranquillity has provided a great stimulus for socio-economic development over the years. Whilst maintaining peace in the country, the Zimbabwe Defence Forces continue to participate in regional and international peace keeping missions under the auspices of the Southern African Development Community (SADC), African Union (AU) and the United Nations,” he said.

Mnangagwa said the ongoing fight against Covid-19 requires military –like discipline by all citizens especially with regards to observing national lockdown regulations meant to slow the spread of the virus.

“Our battle with Covid-19 pandemic requires discipline, bravery and unity which are embodied in the personalities we are celebrating today. We must be united and fight this invisible enemy together. It is our collective responsibility to protect our nation, our families and our beloved ones.

“As responsible citizens, let us all cooperate with our security services, assisted by the ZDF as they enforce our national laws. We commend the ZDF for continuing to be a people’s army, a reputation it has built over the years,” he said.

Sadly, Covid-19s has claimed some members of the ZDF such as Air Chief Marshal (Rtd) Perrance Shiri, who was a long time Commander of the Air Force of Zimbabwe and Minister of Lands, Agriculture, Water and Rural Resettlement and the ZDF Director of Public Relations, Colonel Overson Mugwisi, among others, President Mnangagwa said.

To date, Zimbabwe has recorded 4 748 confirmed cases including 104 deaths.-New Ziana