Members of Parliament to face stiff action if they lie 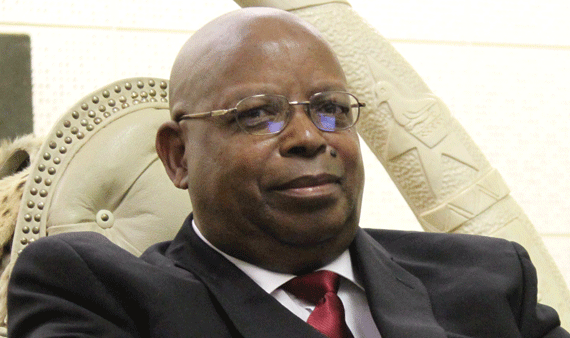 Members of Parliament who make unsubstantiated allegations against fellow legislators will face stiff action and might be suspended from the House, Speaker of Parliament Jacob Mudenda said just before the lower house adjourned last month to today.

He told the legislators that this was the last warning.

He reminded the House of his earlier ruling that: “Any member who disregards the authority of the Chair or persistently and willfully disrupts the business of the House commits an offence for which he or she may be suspended from the service of the House”.

Mudenda issued the reminder after Mabvuku-Tafara legislator James Maridadi claimed that the owner of a strip-club called Private Lounge was a Member of Parliament. Maridadi said this during his contribution to the debate on trafficking of women to Kuwait where they were being abused.

The club came under attack after other legislators claimed that it was being used as a recruitment point for women to Kuwait where scores of women have allegedly sexually abused with some allegedly being forced to have sex with up to 10 men a day.

“The Chair wishes to emphatically state that all decisions and orders made by the Chair are binding on all Members of the National Assembly and have full force of law until such a time when they are amended, annulled or rescinded either by the Chair or a competent authority in terms of the Constitution of Zimbabwe.

“In line with well documented parliamentary procedures meant to ensure the orderly flow of business, it is the duty of the Speaker to interpret rules impartially, to maintain order, and to defend the rights and privileges of Members, including the right to freedom of speech, subject to the law as well as the right of every person’s protection under the Constitution as stated in section 61(5) of the Constitution.

“Consequently, all Members of Parliament must comply with the ruling which the Chair made in this House previously, failure of which serious consequences will follow.”