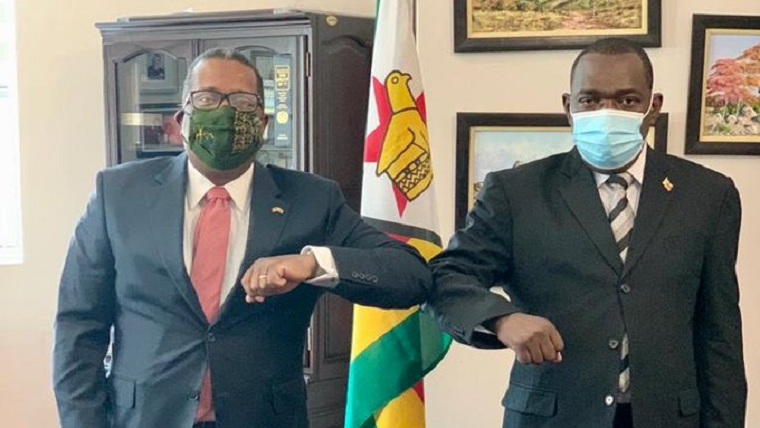 Zimbabwe today told United States ambassador Brian Nichols to stop being antagonistic towards the government and use diplomatic channels to air any grievances he might have.

Nichols has been accused of supporting anti-government activists who are pushing a regime change agenda through unsubstantiated narratives against Zimbabwe, including that the country was in the midst of a human rights crisis.

The ruling ZANU-PF party has denounced Nichols’ behaviour and labelled him a thug.

Foreign Affairs Minister Sibusiso Moyo tweeted after meeting Nichols: “We resolved to address our differences diplomatically and not to antagonise each other.”

Moyo described his meeting with Nichols as fruitful.

“We agreed to forge close cooperation between our two countries we have a lot in common that should bring us together than dividing us.”

Using its tweeter handle, the Ministry said the discussions between the two were open and positive.

“They discussed bilateral cooperation in all sectors of the economy and agreed to improve their relations. It was a frank discussion focused on uniting the two countries,” the ministry said.

The United States embassy said the discussions were “constructive”.

Relations between Harare and Washington have been frosty since Zimbabwe embarked on the fast track land reform programme at the turn of the millenium. –NewZiana/Own