Khupe has until end of June to hold MDC-T extra-ordinary... 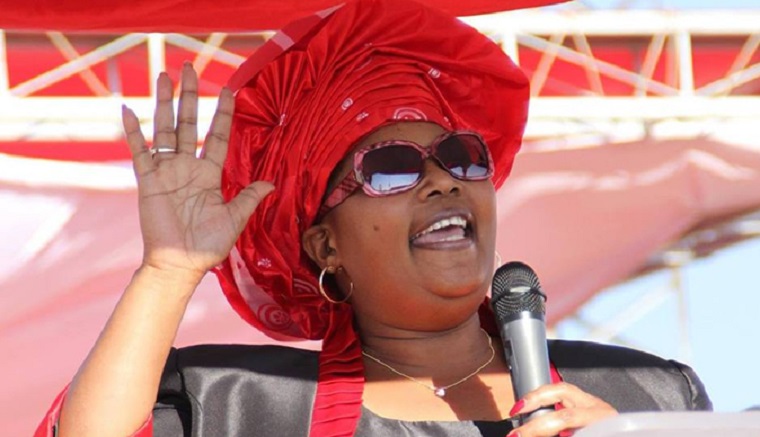 Time seems to be running out for Movement for Democratic Change-Tsvangirai interim leader Thokozani Khupe as she has up to the end of June to hold the extra-ordinary congress ordered by the Supreme Court when it declared Nelson Chamisa’s leadership illegitimate.

The judgment, which said Khupe must convene an extra-ordinary congress to elect a new president within a period of three months “from the date of this order”, was delivered on 31 March.

Only one other person, Morgen Komichi, can call the congress and the Supreme Court judgment gave him up to the end of July.

The judgment said that in the event that Khupe was failed or was unable to comply, Komichi, in his capacity as national chairperson, should convene the congress within a period of four months.

The judgment has split the party with those loyal to Chamisa saying it is of no effect.

But reality seems to show that it has because Khupe has already recalled four key legislators and Chamisa loyalists.

The Chamisa group has decided to pull out of Parliament and the decision is said to have been endorsed by 85 legislators.

Mudzuri said he could not be expelled by a non-existent party. He also rubbished the decision to withdraw from Parliament.

“Parliament’s main institutional function is to make laws and constitution. For MPs to boycott Parly in support of those that breach constitutions, disrespect courts and rule of law is taking the electorate for granted,” he tweeted.

“Extraordinary Congress is an opportunity given by God to do things right. No more politics of hate, threats, violence, intimidation & vote buying. Victory is ours if unity, peace & love characterise the road to EOC and after.”

On the various interpretations of the party constitution, Mudzuri said: “We wrote our own Constitution. It should not take an outsider to interpret and point out that we broke our own rules, we must admit we lost it as a credible alternative to ZANU-PF. Extra Ordinary Congress is the remedy.”

He also said accusations that he and others like Komichi, Mwonzora and Khupe had been bought by ZANU-PF were hallucinations.

“Assertions that ZANU-PF is involved in the affairs of MDC are mere hallucinations triggered by denialism and refusal to accept responsibility for what we have done wrong. Extraordinary Congress is the only remedy,” he said.