I will not have a public fight with Chamisa, Biti... 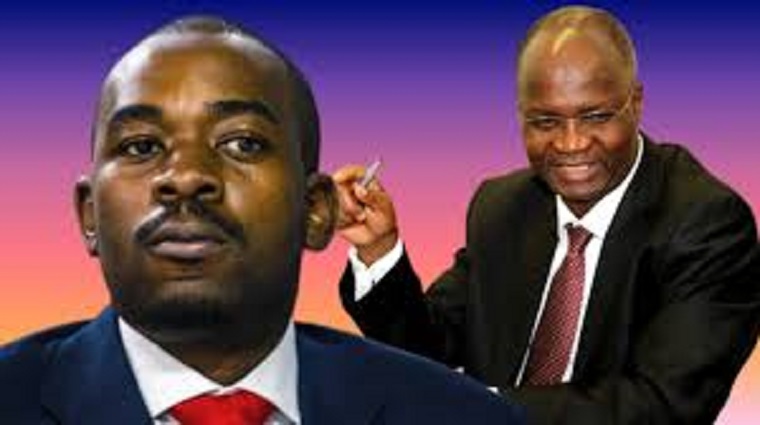 Former Zimbabwe African National Union-Patriotic Front politburo member Jonathan Moyo, who was forced into exile four years ago after the military intervened to remove President Robert Mugabe because he had been surrounded by “criminals”, says he will not have public fights with Movement for Democratic Change colleagues like Nelson Chamisa, Tendai and Thokozani Khupe because despite their differences, they have found each other as politicians.

Moyo’s comments follow a public spat with some of the MDC leaders and supporters over how the party should use the over US$120 000 that has been raised in the diaspora to purchase a bullet proof car for Chamisa. The MDC also spurned Moyo’s offer to train more than 40 000 election agents in the 2023 elections.

Moyo said it was irrational for a party with no institutional capacity and in desperate need for administrative support to prioritise the purchase of a bulletproof car for its leader.

He was, however, told that the funds had not been raised by the party but by its supporters and they had a right to choose what they wanted to do with their money.

In a twitter thread after the backlash, Moyo said:

“Politics involves advisory & praxis; they’re related but different & mustn’t be conflated. For example, due to deep praxis links, even where we disagree I’ll not have public fights with MDC colleagues like Chamisa, Biti, Welshman, Hwende, Sikhala, Coltart, Murisa, Khupe, etc!”

It is not clear why Moyo included Khupe in the group because she belongs to the Douglas Mwonzora MDC though they are having a fight.

“As a politician I will not have public fights with my praxis cdes in the MDC because, despite our different politics, we have over the years found each other as politicians and as human beings with common interests; to a point of visiting each other’s homes, in some cases!” Moyo said.

“When @nelsonchamisa  was studying politics, I was his ‘go to’ literature source; he’s yet to return some bks; I’ve memories of intense debates at my home with @JobSikhala1; we (“G40”) did public interest litigation via @BitiTendai  & Beatrice Mtetwa; with @Mathuthu  as our link!

“From 2000 to 2017 I did my everyday politics in Tsholotsho, which I proudly represented as MP thrice. Tsholotsho has MDC & ZanuPF people. I’m proud that as MP I worked with & assisted everyone there, whether MDC or ZanuPF, and that our campaigns never used violence on anyone!

“Politics is praxis; it is not fatuous advisory about imaginary good guys against bad guys. Real politicians break barriers by working and forging deep links, across the political divide; to move mountains to achieve tangible results that save lives and improve livelihoods!

“Since politics is praxis, the best advisory in politics is empirical; not self-indulgent, not rabble rousing and not cultic; but inclusive. Advisory is not centered on the client, not on the advisor. So, like a good lawyer, a good advisor protects the client and its brand!

“Advisors & lawyers who brawl in public harm their clients. Successful advisors work across the political divide. Examples of this are Karl Rove & David Axelrod in the USDown pointing backhand index. An example of an advisor who brawls in public & harms client is Steve Bannon!”

Moyo was the chief propagandist for ZANU-PF but has been fully behind the MDC since he fell out with ZANU-PF. Some people, however, say he is still with the ruling party otherwise he would long have been nabbed.