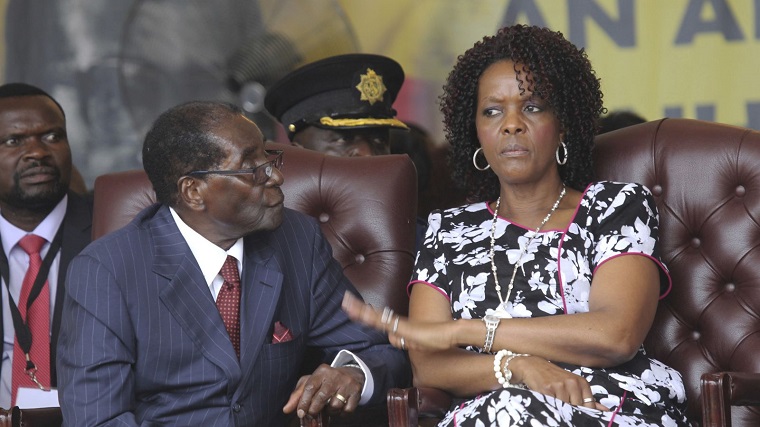 Zimbabwe’s first executive President Robert Mugabe died exactly a year ago today. But there has been no fanfare that usually marks the anniversary of a national hero, no jingles on Zimbabwe Television to remind the nation of Bob, as he was affectionately known, all because his wife Grace refused to have him buried at the national heroes’ acre.

This was probably one of the greatest robberies of the nation because Grace denied the nation probably its third biggest tourist attraction after the Victoria Falls and the Great Zimbabwe, if Mugabe had been buried in the mausoleum at the national heroes’ acre as had been agreed.

By denying him burial at the national shrine, Grace also denied Mugabe an opportunity to have his history properly written- the history of a hero rather than a villain.

Vilified at home, Mugabe was a hero across the African continent especially in South Africa and among most  third world countries because he did the unthinkable, getting land from the whites.

British academic and Guardian columnist George Monbiot said Mugabe was considered a monster, the third most evil man in the world after Saddam Hussein and Osama bin Laden, because he had usurped the natural order of things.

“Robert Mugabe is portrayed as the prince of darkness, but when whites expel black people from their lands, nobody gives a damn,” Monbiot wrote in August 2002.

“There is no doubt that Mugabe is a ruthless man, or that his policies are contributing to the further impoverishment of the Zimbabweans. But to suggest that his land seizures are largely responsible for the nation’s hunger is fanciful. Though the 4 500 white farmers there own two-thirds of the best land, many of them grow not food but tobacco. Seventy per cent of the nation’s maize — its primary staple — is grown by black peasant farmers hacking a living from the marginal lands they were left by the whites.

“The seizure of the white farms is both brutal and illegal. But it is merely one small scene in the tragedy now playing all over the world. Every year, some tens of millions of peasant farmers are forced to leave their land, with devastating consequences for food security. For them there are no tear-stained descriptions of a last visit to the graves of their children. If they are mentioned at all, they are dismissed by most of the press as the necessary casualties of development.