General Mujuru knew about Gukurahundi but did nothing 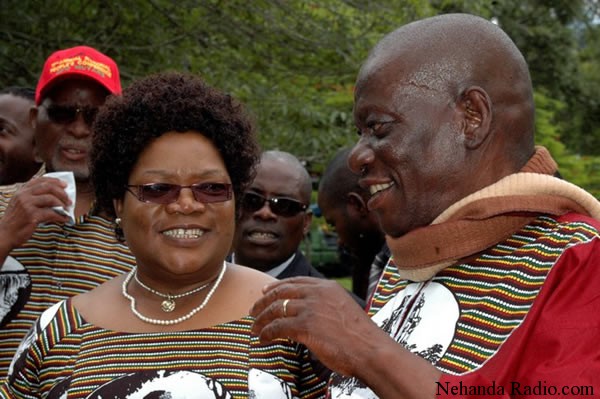 Former army commander General Solomon Mujuru knew about the Gukurahundi atrocities as early as February 1983 but did nothing contrary to a statement by his wife early this month that he had nothing to do with the massacres.

Zimbabwe People First leader Joice Mujuru, who was in President Robert Mugabe’s government for 34 years before being fired after serving 10 years as the country’s Vice-President,  told the Sunday paper, The Standard, that General Mujuru was out of the country when the massacres started.

“Solomon was a people’s person. He was their soldier, their commander, their hero. He worked hard to bring together ZIPRA and ZANLA during the liberation struggle. Because he had worked with ZIPRA before joining ZANLA, he had acquaintances in both liberation war armies; hence it was easy for him to bring them together.

But according to Judith Todd, in her book Through the darkness, which dedicates a chapter entitled- Meeting the army commander, Todd met Mujuru, then known as Rex Nhongo, Brigadier  Agrippah Mutambara and Justin Nyoka at the Quill Club in Harare on 17 February 1983 and informed him about the atrocities.

Todd says she had been given documents detailing the atrocities by the Catholic Bishop of Matebeleland Henry Karlen to hand over to her father Garfield Todd who was a senator at the time.

Nyoka, who was the director of information, tried to shut her up from telling the story, by Mutambara urged her to speak saying: “No, let her speak. She may know things we don’t. Let us hear what she has to say.”

“Nhongo was stuttering, whether in horror or anger, I couldn’t tell,” she writes. “I learned later that the stutter was a normal part of his speech. People passing our table kept trying to greet him, and he waved them all away.

“He asked me for specific localities. I said I would find out for him. He said he was going to Matabeleland  by helicopter the next day, and would send a car for me so that I could go with him and show him the mass graves. I said unfortunately I couldn’t as I had only heard about them and not seen them myself.”