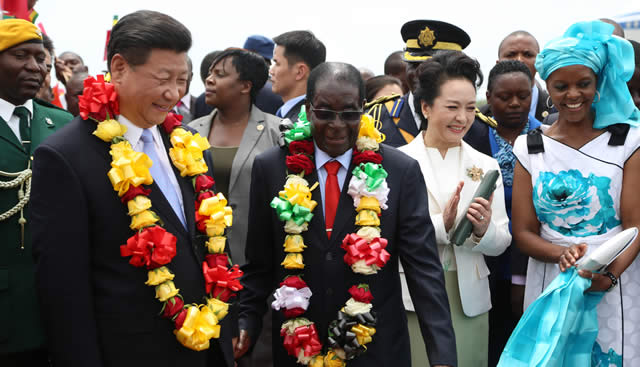 Cash-strapped Zimbabwe feels arm-twisted to accept offshore loans from friendly states such as China and India, which come with strict procurement conditions that the desperate country has to accept as it battles to complete key national projects, Finance Minister Patrick Chinamasa said today.

He said development financial institutions were now releasing funding on condition that recipients award key contracts to companies from their markets, highlighting a worldwide move towards stimulating domestic growth.

Zimbabwe has struggled to access foreign loans to fund its projects after falling out with multilateral finance institutions such as the World Bank and International Monetary Fund over its failure to service debt. The country has had to turn to emerging eastern economic powers China and India for succor.

There has been outrage from local companies who have accused government of propping up foreign economies by awarding big tenders to contractors in Beijing and New Delhi among other countries, where Export Import Bank of India and China Eximbank have been rolling out funding to rebuild Zimbabwe’s failing infrastructure.

Addressing a Buy Zimbabwe conference today, Chinamasa revealed how he had been navigating through rough waters, having to “bend head over heels” to accommodate financiers’ demands in order to access crucial funding.

At the same time, he has been trying to convince them to subcontract local suppliers.

“Local procurement has limitations because most of our infrastructure projects are funded by foreign banks,” Chinamasa said after delegates pressed him to explain why foreign firms appeared to gain government favour ahead of domestic suppliers.

“They insist that goods must be sourced from their countries, which tie us to sourcing equipment from, say, China and India. They insist that we will not give you a loan unless the project in implemented by a contractor in those countries. We have generally engaged the contractors to sub contract local suppliers. But we have treated power generation as a top priority and I have had to bend head over backwards (because we need electricity),” Chinamasa added.

Zimbabwe, with an infrastructure backlog of estimated at about US$30 billion, has recently been turning to India and China under its Look East policy, for funding.