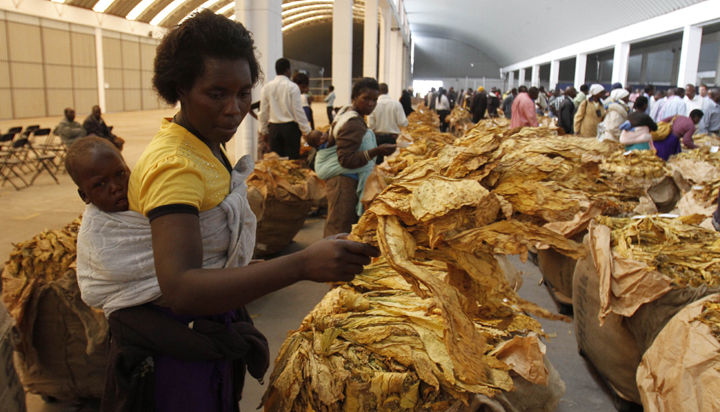 Zimbabwe earned $855 million from tobacco sales in 2015, nearly a third of its total exports and far outpacing receipts from platinum or gold.

Monica Chinamasa, chairwoman of industry regulator the Tobacco Industry and Marketing Board, said 72 000 farmers had registered to sell their crop compared to 91 000 last year, blaming the decline on drought and a lack of financing for producers.

“There is need to empower farmers to overcome the adverse effects of low and erratic rainfall, mid-season droughts and extending the growing season,” Agriculture Minister Joseph Made said in speech marking the start of the 2016 selling season.

Zimbabwe exports the bulk of its tobacco to China, which has become the largest investor in the Southern African country.

Up to 4 million Zimbabweans face hunger due to the worst drought in more than two decades. –The Source

Give priority to food crops and not tobacco-MP says