Did Chombo really apologise to Mnangagwa? 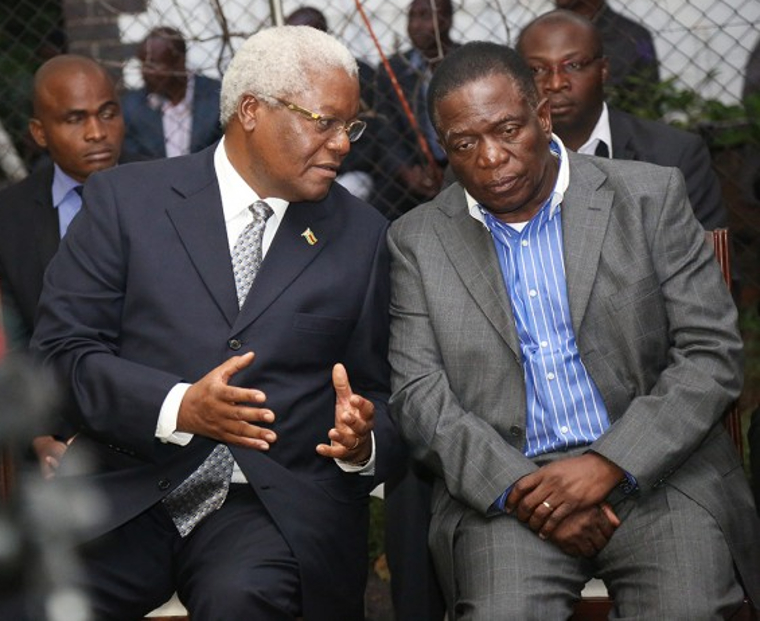 Zimbabwe’s former Finance MInister Ignatius Chombo has apologised to President Emmerson Mnangagwa and has asked Mnangagwa to forgive him for the bad things he said about him.

Some people are, however, questioning whether the apology really came from Chombo.

In a tweet at the weekend, Chombo said: “Dear President @edmnangagwa, please forgive me for the bad things l said about you. Truth be told, none of those bad things l said to tarnish you imagine were true nor was it my intention to say those things. I was simply told what to do and what to say, l had no choice by then.”

Chombo was arrested shortly after the 2017 government takeover and is currently facing charges of abuse of office.

His apology follows that of Jonathan Moyo and Patrick Zhuwao.

Didymus Mutasa, former Speaker of Parliament and at one time number four in the party, did not apologise to Mnangagwa but showered him with praise describing him as a deft strategist of unparalleled brilliance.

“One thing the povo doesn’t realise is that ED Mnangagwa is a deft strategist of unparalleled brilliance. He essentially handled Mugabe and everything around from the late 1970s up until Grace came along when everything went haywire,” Mutasa tweeted.

“The brilliance in Mugabe’s heydays was partially influenced by Ngwena’s hand. He was the untiring and ever reliable hand behind the scenes. Even Mugabe acknowledged Ngwena’s brilliance & hardwork after just before the 2018 elections.

“I’m sharing this information to contextualise Chamisa’s chances in 2023. I have observed the young man for a number of years and frankly speaking he can never match Ngwena even if Ngwena decides to sleep until after the election. They’re just incomparable.”

Moyo and Zhuwao did not apologise to Mnangagwa either but to the ruling Zimbabwe African National Union-Patriotic Front for campaigning that the party must go.

Several twitterers asked why there was this sudden flood of open backing for Mnangagwa and whether Chombo’s apology was genuine.

Webster Madanhi tweeted: “In one way, this trend is regrettable but unexpected. In another way, one hopes that ZPF reconfiguring itself to the Mugabe settings is an advantageous thing for the opposition. It dispels any doubts that ZPF will ever really change. #NoMoreFenceSitting.”

Another responded: “It’s cold out there! No looting and protection from criminal activities! How can an adult let alone a Minister and ex MP be coerced to say things they don’t mean! The Late SK described ED perfectly, demonstrates little probity in the execution of his duties which is true!”

Bere Calson said: “Honestly I can’t believe what I am reading, lol please tell me this is not his real account!!!!! Did I hear him say, “*It was not my intention to say*” what does that mean? How can one have intentions in saying it not saying anything???? Haaaa ndanyara.”

Someone going by the name of Tichmazuz said: “You are right, that’s not him. These are just fake people trying to widen the rift.”