Chiwenga says coronavirus has taught us we are all mortals 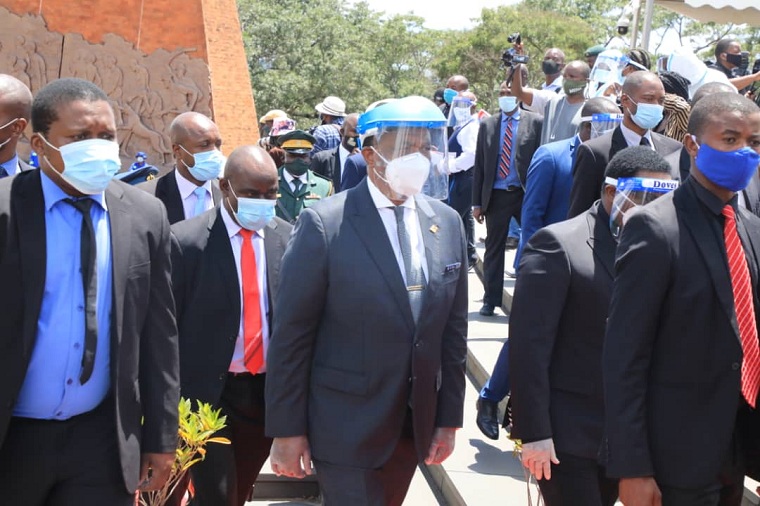 Zimbabwe acting President Constantino Chiwenga today said coronavirus, which has killed more than 1 000 people in Zimbabwe, has taught the people an important lesson- “we are all mortals”.

Speaking at the burial of three national heroes, Foreign Affairs and International Trade Minister Sibusiso Moyo, former prisons boss Paradzayi Zimondi and Transport and Infrastructural Development Minister Joel Biggie Matiza, who all succumbed to coronavirus, Chiwenga who is also Minister of Health, said the virus did not discriminate.

“COVID-19 has taught us an important lesson that we are all mortals. The fight against this pandemic does not allow for us to choose who to walk with, work with or run with,” he said.

“It does not discriminate between the powerful and the weak, the privileged and the deprived, the haves and the have nots, it is a ruthless juggernaut that leaves a trail of despair and desperation, but we will eventually conquer and prevail as a people.”

Chiwenga, one of the country’s Vice-President said that Zimbabwe was already in the process of acquiring the necessary vaccines for the pandemic but he urged people to continue to observe the laid down protocols as stipulated by the World Health Organisation and Zimbabwe’s national laws.

Chiwenga said that the fight against the pandemic would be difficult, but it could be won with unity of purpose.

“Yes it is not a stroll in the park, what is crucial at this stage is to share a collective identity as a people with a rich diversity paying special attention to our beliefs, affiliations and values. The time is up for that unity of diversity to be viewed as a strength and not as a weakness,” he said.

Turning to the three heroes, Chiwenga said the trio had led exemplary lives.

“Let me also take this opportunity to underscore that the departed gallant sons of the soil did not labour in vain, theirs was an insatiable desire to see this country developed without leaving anyone behind. Even in death they remain as inspirational as in their lives.

“It is incumbent upon us all to ensure that we carry on with the arduous journey towards national development and prosperity for our people,” he said.

“The common phenomenon about these three is, most importantly, that they participated immensely in the liberation struggle, a war that was waged to dislodge the Rhodesian regime.

“The three comrades worked very hard to improve the lives of the people, post independence in a peaceful environment.” –New Ziana/Own