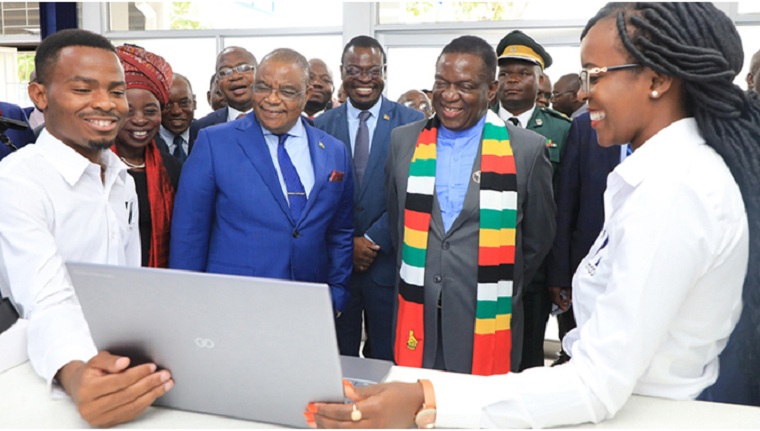 Business executives are sounding decidedly upbeat in Zimbabwe, a sea change from the pessimism they’ve expressed through two decades of economic mismanagement and institutional decay.

The southern African nation is reaping the benefits of a commodities boom and good summer rains that are bolstering farm output.

A series of reforms spearheaded by Finance Minister Mthuli Ncube are also starting to bear fruit, with the economic-growth outlook improving markedly and annual inflation, albeit still at 322%, slowing rapidly.

“If you look back where we were this time last year and where we are now, it’s really day and night,” said Jimmy Psillos, an executive at the Confederation of Zimbabwe Industries and general manager of Harare-based manufacturer Crystal Candy. “The economy is in much much better shape than it was.”

The November budget projected that gross domestic product will expand 7.4% this year, a rebound from a 4.1% contraction in 2020 that was attributed to the onset of the coronavirus, associated lockdowns and a second successive year of drought.

A month earlier, the International Monetary Fund forecast 4.2% growth this year, and a contraction of 10.4% in 2020.

“We are having a very good agricultural season because of the rains,” Ralph Watungwa, president of the Bankers Association of Zimbabwe and chief executive officer of London-based lender Standard Chartered Plc’s Zimbabwean unit, said during an online briefing in Harar. The country has had “a fantastic last eight months and a lot of stability”.

Improved harvests mean grain won’t have to be imported this year, saving the country as much as $40 million a month and arresting a major drain on the country’s scarce foreign reserves, according to the government.

The price of gold, platinum, copper and other minerals produced in the country have also risen since March last year, further bolstering its finances.