Amnesty International says arrest of Pastor Mawarire is a calculated...

Human rights organisation Amnesty International says the arrest of Pastor Evan Mawarire yesterday is a well-calculated plan to intimidate him and other activists ahead of another national shutdown supposedly scheduled for today.

Mawarire, who rose to fame through his #This Flag social media campaign, was arrested yesterday after handing himself over to the police and was charged with inciting public violence. 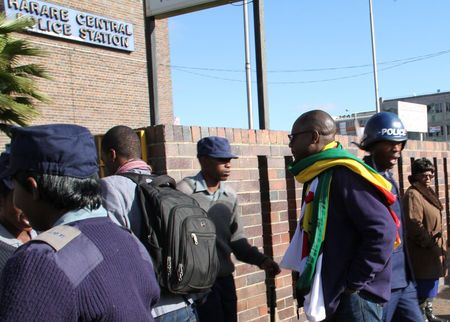 He is one of the social media activists who were allegedly responsible for last week’s national stay-away which paralysed the country for a day though State media has described the shutdown as a flop.

“The arrest of Pastor Evan Mawarire appears to be a well-calculated plan to intimidate him and other activists ahead of the national shutdown organised for tomorrow in an attempt to suppress the rights to freedom of expression and peaceful assembly,” he said in a statement yesterday.

“Instead of suppressing dissenting voices, Zimbabwean authorities should be listening to protesters like Evan Mawarire. They have a right under Zimbabwe’s constitution and international treaties ratified by Zimbabwe to express themselves, peacefully protest and defend their rights.”

“It is wholly uncalled for, and indeed draconian and primitive, for the ZRP to arrest Pastor Evan Mawarire for simply calling upon his fellow Zimbabweans to join him in a peaceful and non-violent stay away,” MDC-T spokesman Obert Gutu said in a statement.