Zimbabwe Vice-President Mohadi resigns, vows to pursue the pseudo-paparazi after... 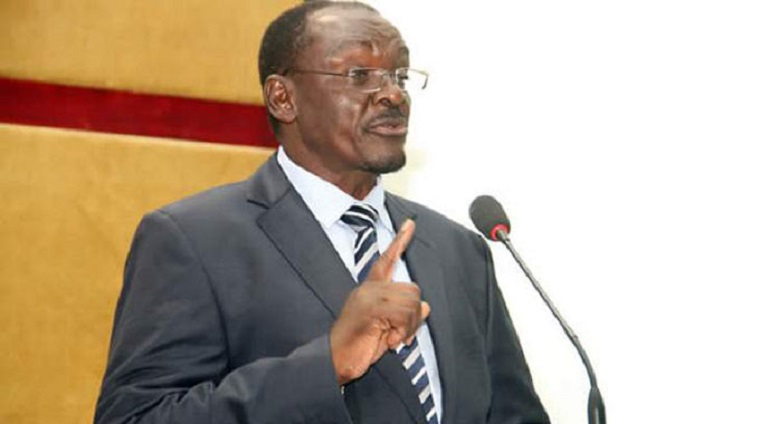 Zimbabwe Vice-President Kembo Mohadi, who only a week ago denied being embroiled in a sex scandal claiming that the sexcapades that were circulating on the social media were the work of those who wanted to tarnish his image, has resigned with immediate effect.

In a statement on the Ministry of Information website, Mohadi said he had been going through a soul-searching pilgrimage and realised that he needed space to deal with his problems outside the governance chair.

“I have arrived at this decision not as a matter of cowardice but as a sign of demonstrating great respect to the office of the President so that it is not compromised or caricatured by actions that are linked to my challenges as an individual,” he said.

Mohadi insisted that he was being framed and would pursue and deconstruct the pseudo-paparazi that were after him.

“The interconnectivity with social media ecologies have been relaying viral moral panics, peddling flames of lies, creating myths, and muddling the reality of my life as a family man,” he said.

“I am a victim of information distortion, voice cloning, and sponsored spooking and political sabotage.

“Digital media, in their hybridity, have been abused by my enemies to blackmail me, but my spirit will never die.

“Following the recurring dis-information and virilisation of my alleged immoral unions, dispensed through awkward slacktivism, I am stepping down as the Vice President of the Republic of Zimbabwe in terms of Section 96(2) of the Constitution of Zimbabwe (No. 20) Act, 2013 with immediate effect.”

Mohadi said he had decided to step-down to save the image of the government.

“My decision to relinquish the Vice President post is also a way of respecting the citizens of this Great Nation, and my party comrades, some of whom would have been affected by the falsehoods and character assassination in the digital ecosystems,” he said.

“My resignation is also necessitated by my desire to seek clarity and justice on the matter in which my legal team will pursue and deconstruct this pseudo-paparazi and flawed espionage to achieve cheap political points. I promise to poke holes on this grand strategy from political foes.

“Once again, I want to thank the President Cde E.D Mnangagwa, ZANU PF cadres, and the citizens of this Great Nation for the unprecedented support.

“The energy, the faith, the devotion, which you have in this government, must light your respective responsibilities and the glow from this light must truly light the world. In my political journey, I have learnt that, there are no winners or losers in governance but we are pilgrims tied to a single garment of destiny.”

Mohadi becomes the first Vice-President in Zimbabwe to resign from office.

Joice Mujuru was  fired while Phelekezela Mphoko lost his post after former President Robert Mugabe was forced to resign.