The slide, one of the highest in recent months, came as the central bank announced that the government had released funds to meet the auction backlog which at one time reached US$200 million and was reported to have fuelled the black market.

Central bank governor John Mangudya thanked the government for providing the funds saying this would go a long way in restoring confidence in the Foreign Exchange Auction System as well as stabilising the foreign exchange market.

“The Bank continues to urge foreign auction participants and banks to observe and uphold principles of good corporate governance and self-discipline to ensure high standards of business ethics and transparency for the stability of the economy in the short to medium term,” he said.

The announcement probably did not have any effect on today’s trading as bids have to be submitted 4 working days before the auction.

A total of 1 113 bids were approved today and were allotted US$41.7 million with UA$5.5 going to the small and medium sector and US$36.2 million to large companies. 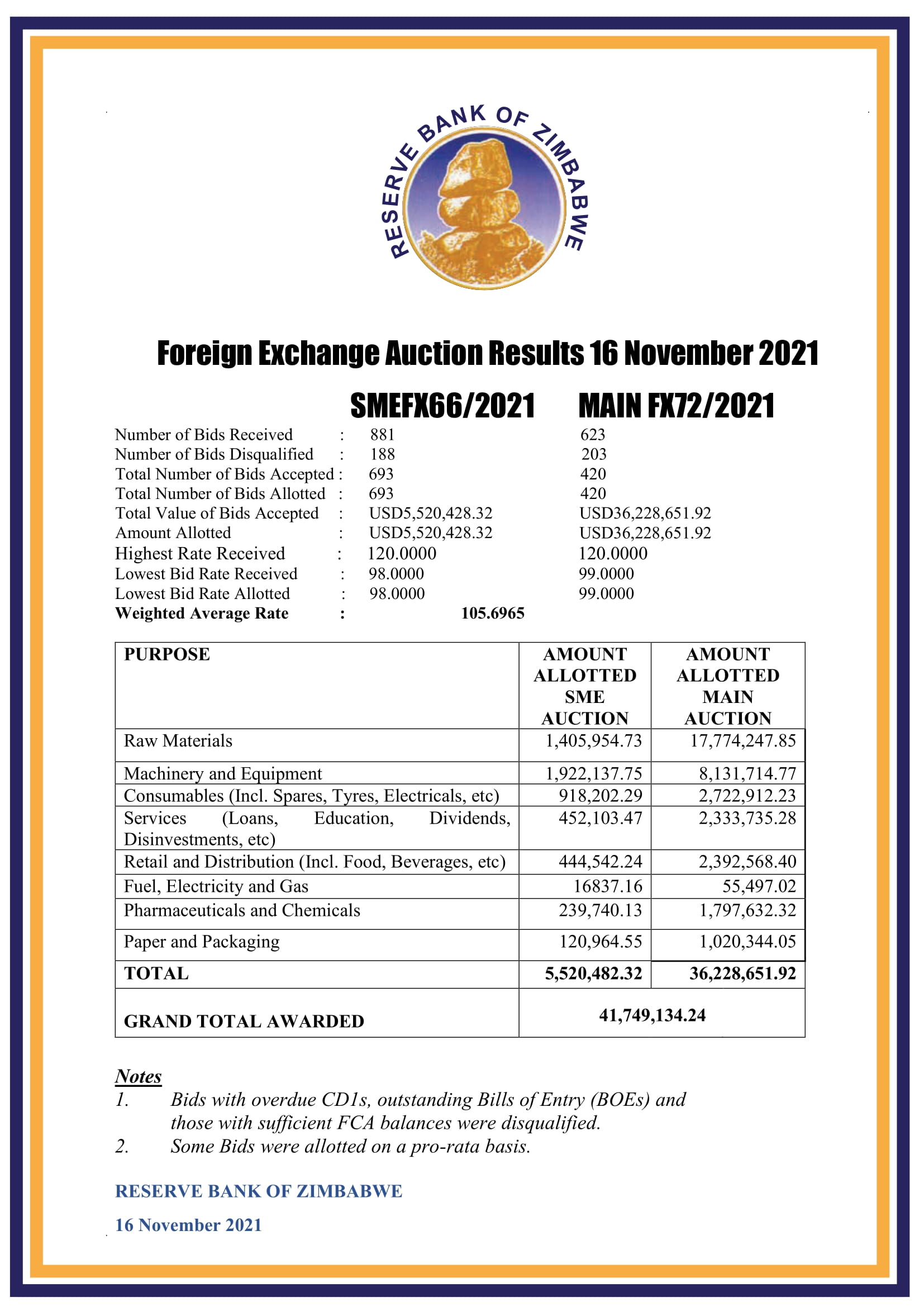